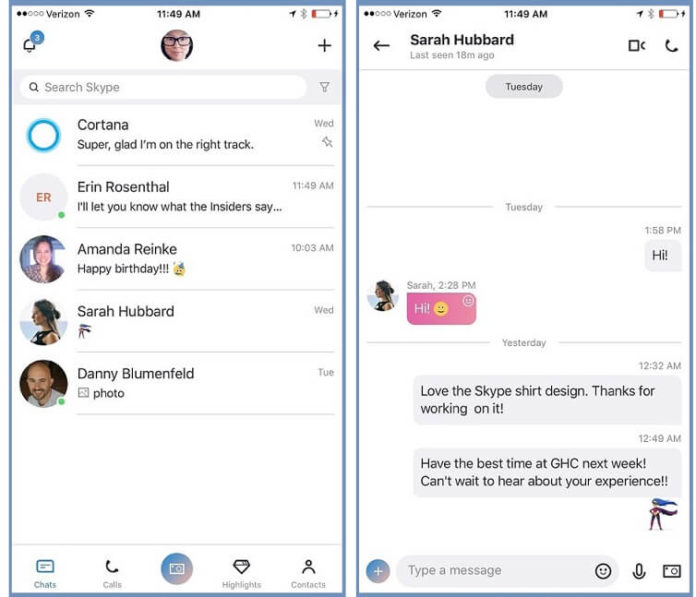 Microsoft pushed out a new update for its Skype app for iOS users. The update has bumped the app to new version 8.12.0.10. The latest Skype update brings some new UI changes to the application for iPhone users.

This is the same design which was available for Skype Insiders for testing and has now been pushed out to all Skype iOS users. The new update brings a new navigation bar with easy access to chats, calls, camera, Highlights and contacts.

The company has pushed the new UI since lot of users had complained about the previous UI not being up to the mark and received a lot of negative reviews. This is the UI which is closer to the earlier design of the iPhone application.

The latest update also brings support for iPhone X along with general fixes and performance improvements to the application. Currently we have no update if the new UI will make it to the Skype app for Android users.

If you are using an iOS device then the latest update is currently live and you can get it by clicking the below App store link.