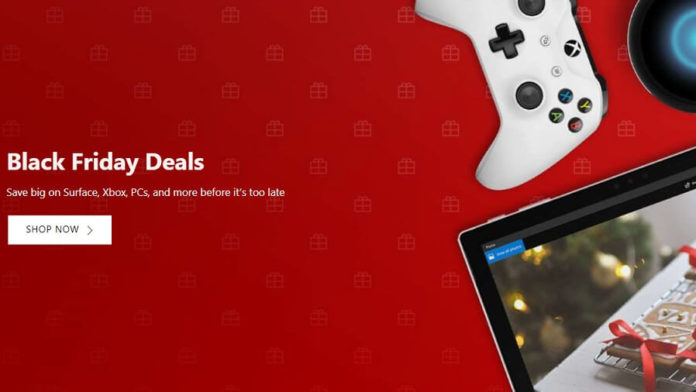 Microsoft has today launched the Black Friday Deals and you can now save big on all Windows 10 devices including Surface, Xbox, PCs, and Phones. The deals are live at the Microsoft Store until the stock lasts.

While it’s still Thanksgiving day in the United States, Microsoft is already running the Black Friday sale. In this article, we have highlighted some excellent deals on Surface, Xbox, and Windows 10 devices

Save big on Microsoft Surface

Save big on Windows 10 PCs

Save big on Xbox devices and accessories

The Xbox One S is available for just $189, this is the lowest price at the Microsoft Store. You can find the deal here.

You can also save $150 on the purchase of Samsung Galaxy S8 and S8 Plus. If you still like Windows Phone platform, you can get the Alcatel IDOL 4S for just $169. You can find similar deals at the Microsoft Store here.

Microsoft Teams will finally allow you to block all attendees video

Microsoft Teams presentations to get better on macOS and Windows

Microsoft Edge gets Outlook integration in the latest update

Microsoft Edge 91 beta comes to iOS with a unified codebase