Facebook Inc, had earlier launched Stories feature on its Main app for users and a similar feature was added to its Messenger application called “Messenger Day”. Both the features work on similar lines to WhatsApp Status feature but have not been as successful as WhatsApp Status and Instagram Stories.

Due to the low usage of the feature, Facebook is now killing its Messenger Day feature and replace it with Face Stories feature that will be synced between Messenger and Main Facebook app. Users who post photos or videos on their Facebook Stories will appear automatically on both the Facebook and Messenger app.

The Stories will be shared commonly with users on both the applications. Users can however still post on the Messenger app and the post will automatically be synced with the Facebook main application’s Stories feature.

All Stories (Earlier Messenger Day) replies and messages will now be directed via a private message in the Messenger app. The posts will however be view able only till 24 hours time limit and can be viewed both on the Facebook and Messenger application.

To remove the less usage of either feature on the apps, the company now plans to merge both the features and will now be called as Stories on both the applications. The company expects the increase of usage of Facebook Stories with this syncing option.

Facebook is also working on bringing new privacy controls to Stories that will now work across its Main app and Messenger. Users will now have the option to make their Stories view able to the public, friends only, friends and connections or selected contacts. 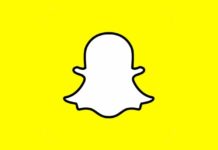 Snapchat holding hundreds of thousands of its Unsold Snapchat Spectacles