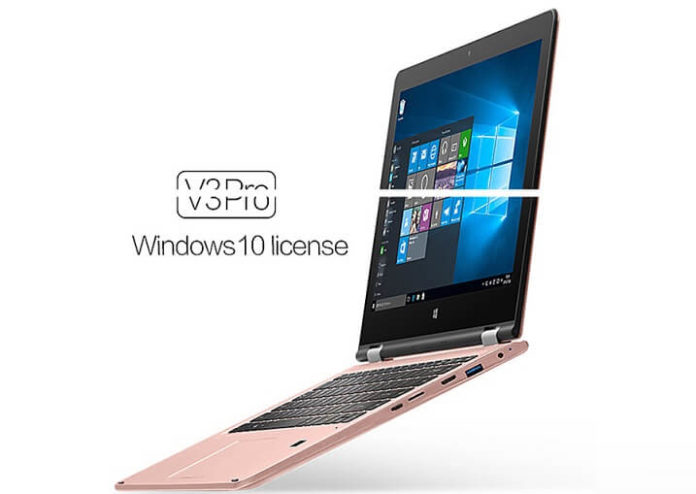 The VOYO V3 Pro with Windows 10 is now available for just $329 instead of $429 at LightInTheBox. The V3 Pro from VOYO is a business-class Windows 10 laptop, it comes with 8GB of RAM and 128GB SSD storage that never lets you worry about the performance of the device.

The VOVO V3 Pro features a 13.3-inch HD IPS screen display, which is excellent for work and as well as gaming. Just like any other device, it also supports 10-points touch and the display has a resolution of 1920×1080.

The device is powered by a powerful processor; Intel Apollo Lake N3450 with the clock speed of 2.2GHz. It has 8GB of RAM (upgradable to 16GB of RAM) which is enough for gaming and professional photoshop editing and the larger cache also make CPU function smoother. It has 128GB SSD internal storage that lets you run all programs smoothly and fast.

Powered by a 9th generation graphics card, you can now run the games on the go and without any lags during the entire gameplay. As it runs the full version of Windows 10 operating system, you can access all the Office apps, Photoshop and video editing software. Overall, the VOYO V3 Pro for $329 is a good deal and it is a limited-time offer, you can get the device from the below link.