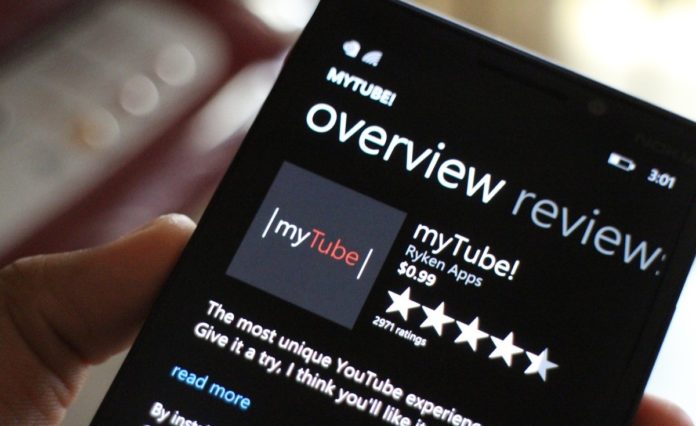 Ryken developers, the team behind the development of the Unofficial YouTube client for Windows has pushed out a major new update for its Stable version of the MyTube app. The update is available for all platforms including Windows 10 PC, Windows 10 Mobile and  Xbox.

The new update pushes the app to version 3.2.0. The developers have pushed out new features which have been under testing with the Beta App for some time now. The MyTube app has been updated across Windows 10 PCs, Windows 10 Mobile and Xbox One.

After the latest update users will now be able to remember the exact point and start the video from where they left. Users will also find a new button for changing the video quality which now has a Gear Icon and the video title will now be in Bold instead of the earlier small letters. Below is the full changelog of the features introduced:

The update is a major one which introduces lots of new features and if you are a fan of the MyTube app for Windows, then you can get the latest update by clicking the below Microsoft Store link.