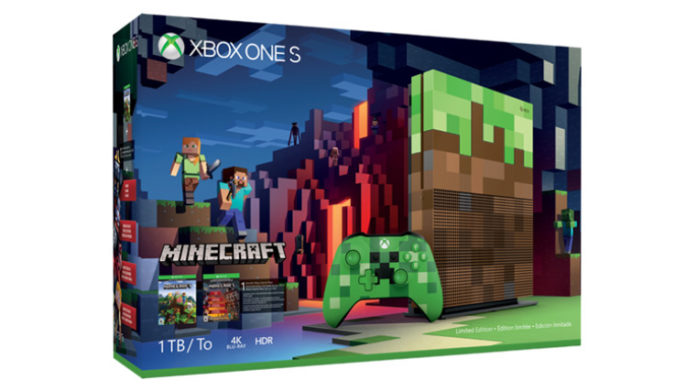 The Xbox One S comes with a new green and brown design that is found on the in game dirt block. The company has also added to the back of the console a vertical stand as a tribute to the gamers that build mechanical structure in the game using Redstone, which can be used to build simple door mechanisms along with advanced structure like working computing systems.

The Minecraft bundle can now be pre ordered and is expected to start shipping from October 3. We will notify our users once the company starts the Pre orders.