When Microsoft released Windows 10 Mobile Creators Update, only 13 phones were eligible for the update. Microsoft is not even supporting flagship phones such as the Lumia 930 and Lumia 1520.

A change on the Windows Insider website has now confirmed that some unsupported phones could receive the latest updates via the Insider program. Supported device list now includes Lumia 930, 830 and even some low-end devices. 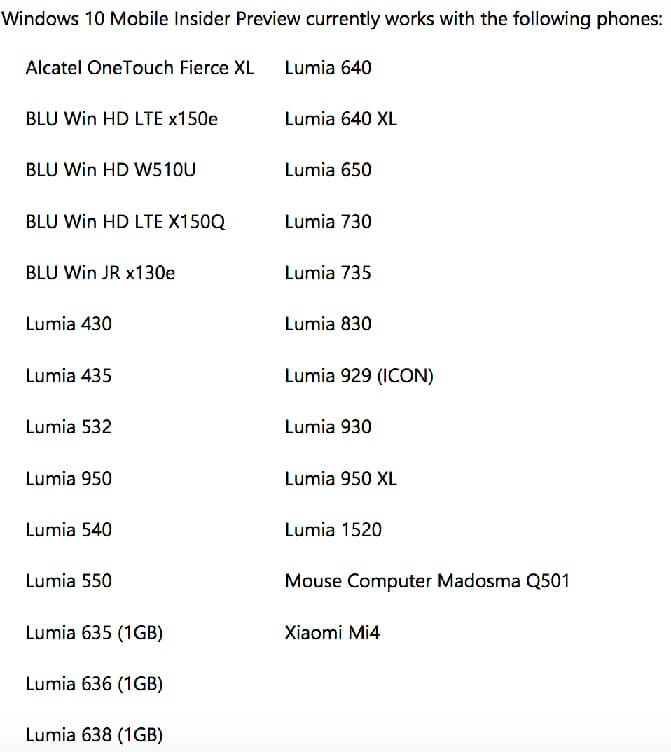 Unfortunately, this list is not true. Microsoft’s Dona Sarkar has confirmed on Twitter that the change is an error and they will rectify it soon. The change is still visible on the new Windows Insider website at the time of our writing.

Windows Phone fans blame Microsoft for abandoning its own mobile platform but the future of Windows 10 Mobile could be bright as the company is internally testing a major update for the OS.

Are you still using an unsupported Windows Phone?