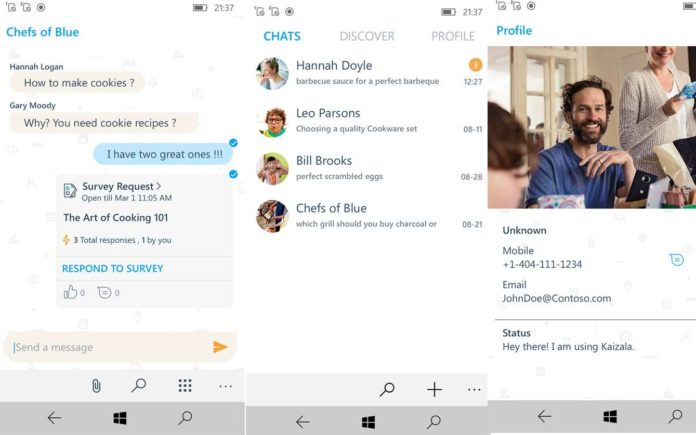 Kaizala, a Microsoft Garage Project has now been officially announced today by Microsoft. Kaizala was first adopted and used by the Andhra Pradesh Government for governance. The App is currently being used by more than 70,000 users and over 30 government departments.

The product is designed to enable organization to let users or organizations to communicate and complete tasks by letting the users get connected using the individuals mobile numbers as the primary ID.

The App is made keeping in mind the low connectivity of the data users and has been optimized to use the app even on 2G networks in remote locations. Microsoft confirmed that many organizations like Yes Bank, Apollo, Republic TV are already using the Kaizala app to get connected to their employees.

Microsoft India has also launched a Pro version for INR 130 per month of the Kaizala app  which is mainly for enterprise users with options to create groups, remove users from groups and more. The app is currently available for iOS and Android users and can be downloaded from the respective store links.