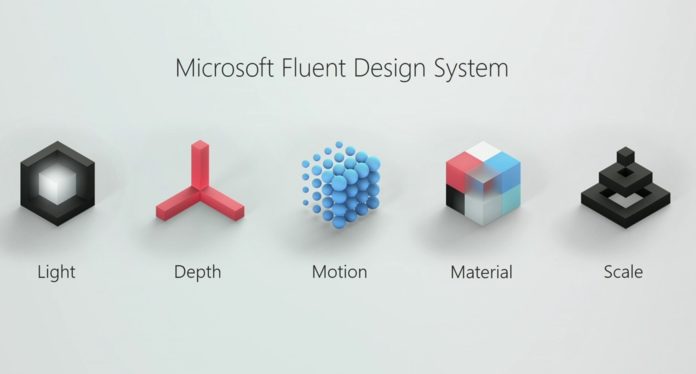 Windows 10 Fall Creators Update is coming later this year and it packs, even more, new features than the previous update. Microsoft had also announced at Build 2017 about the brand new design language for Windows 10 called the “Microsoft Fluent Design System”. Microsoft’s Fluent Design system consists of 5 basic elements around which whole design works and they are Depth, Motion, Scale, Material, and Light. Fluent Design can be seen in the First Party Microsoft apps and many other popular apps like mytube etc. in Windows 10 Fall Creators Update builds.