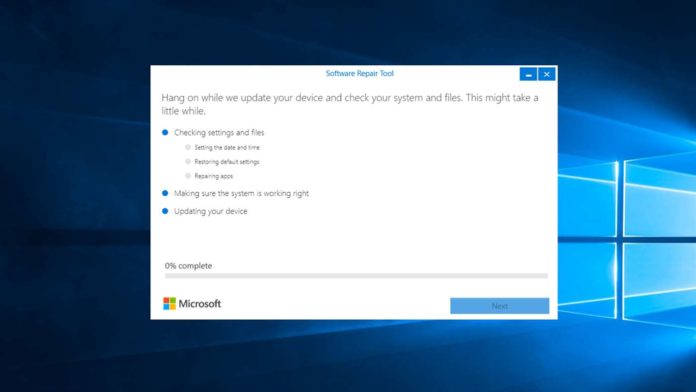 Microsoft has today brought their Software Repair tool on Windows Store. It is a ported desktop version of the app to UWP using the Desktop Bridge (Project Centennial). It is a tool that is built and hosted by Microsoft and can help resolve the most common software issues on Surface devices. You can now install the app by simply going to store link and clicking on ‘get app’ that would install the app on your device. The tool itself is very simple to use and doesn’t require any advance computer knowledge.

Microsoft has also mentioned on the store page that it won’t resolve all possible software-related issues on Surface devices. But Microsoft has asked users to consider this tool to be the first solution for any software problem on their device. This move to bring the Software Repair tool on Windows Store tends to confirm the reports of Microsoft bringing Windows 10 S version of their Surface lineup hardware.

Nonetheless, it is really good to see Microsoft itself trying the popularize the trend of bringing their desktop apps on Windows Store. We have recently seen apps like Office suite, Spotify, and few others coming to Windows Store. You can download the Software Repair Tool from the store here.