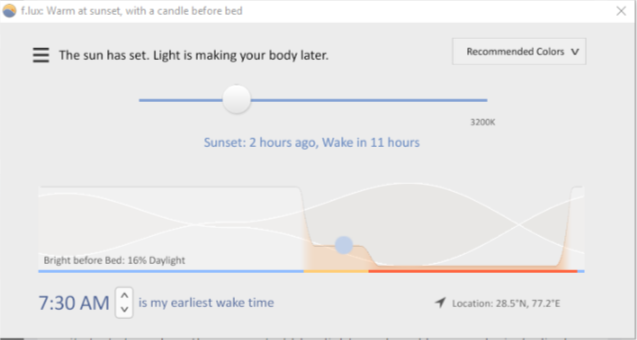 Microsoft had introduced night light in Windows 10 creators update. This feature was usually inspired from the desktop app of f.lux which was a Win32 desktop app which allowed users to control the amount of blue light of your display. And now today f.lux is available on Windows store which makes it a very good alternative to the in built night light feature of Microsoft Windows 10 creators update.

While Night Light was able to do what flux was also doing but one of the main problems of night light is that it changes the intensity of warmer light abruptly while in the case of f.lux the intensity of warmer light changes gradually over time. f.lux has also integrated their services in the Taskbar itself which allows you to control various settings from the taskbar. Not only Microsoft but Google and apple have also been integrating f.lux like functionality into their own operating systems. But now with its availability on Windows 10 store might help them regain their lost users.

Those who donot know about night light,  it is a feature that filters the blue light of your display that makes your display looks warm colored at night. Which in turn help you sleep better and reduce the eye strain.