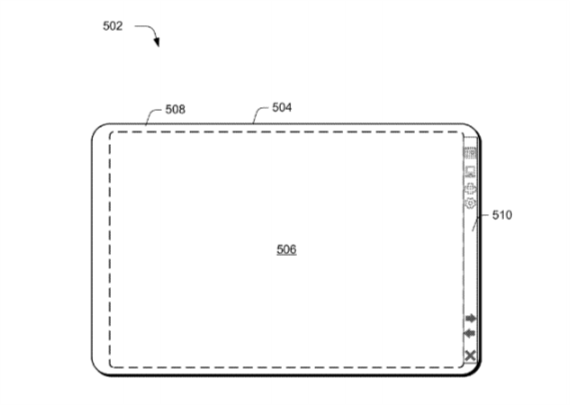 Microsoft has applied for a patent of Touch-Sensitive Bezel Techniques which allows them for adding touch sensors to the bezel itself. It is something which is very easy with capacitive screens, which would then allow the computer to compute the “centre of mass” of the touch – if the centre of the touch is largely outside the screen then the screen portion is likely accidental, but if it’s within the screen then it is likely intentional.

The patent suggests that adding sensors to bezel would also allow the functionality of the bezel to be extended further, allowing it to control menus for example in sketch given below. 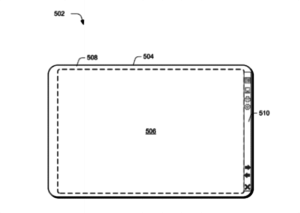 Abstract of the patent:

Microsoft Panos Panay has already hinted that the next major upgrade to the Surface Pro would offer “an experiential change that makes a huge difference in product line.”

The inventor listed at USPTO is Steven Bathiche who is the Vice President Microsoft Hardware. He is also one of the developers of the original Microsoft Surface.