Ryken developers today pushed out a new update for its MyTube Beta app for Windows Phone and Windows 10 Mobile. The new update has pushed the app to version 2.90.0. The update comes with some new improvements for PC and Mobile along with Xbox apart from the usual Bug fixes and improvements to the application.

Below is the full changelog of the features and improvements made to the Beta Application for Windows Phone. 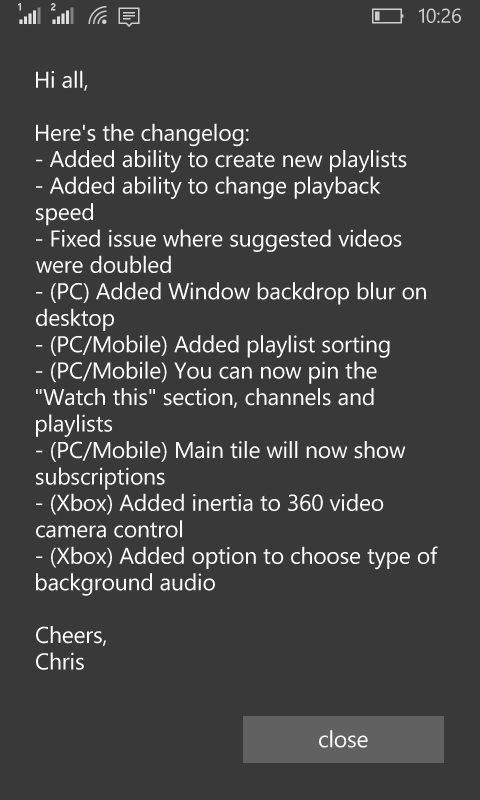 The Ryken developers team have been very active in developing their Official and Beta applications for Windows Phone and been supporting the Windows OS at a time when lot of other major companies have decided to kill their official applications from the store.

The latest update to the application is currently live and you can get it by clicking the below link.