Besides all the new Nokia, LG and Huawei devices announced today, let’s take a step back in the past to talk about the Microsoft Lumia 950 line and one of its biggest cut features. Back in October 2015, when Panos Panay officially announced the two devices, they looked amazing. After one and a half year and besides the plastic back cover (which you’ll get used to eventually) I’m still a happy owner of one 950XL. Now in 2017, more details are coming up on those devices.

The Microsoft enthusiasts @tfwboredom and @gus33000 revealed that the two devices were supposed to have another pretty cool feature: Gestures. 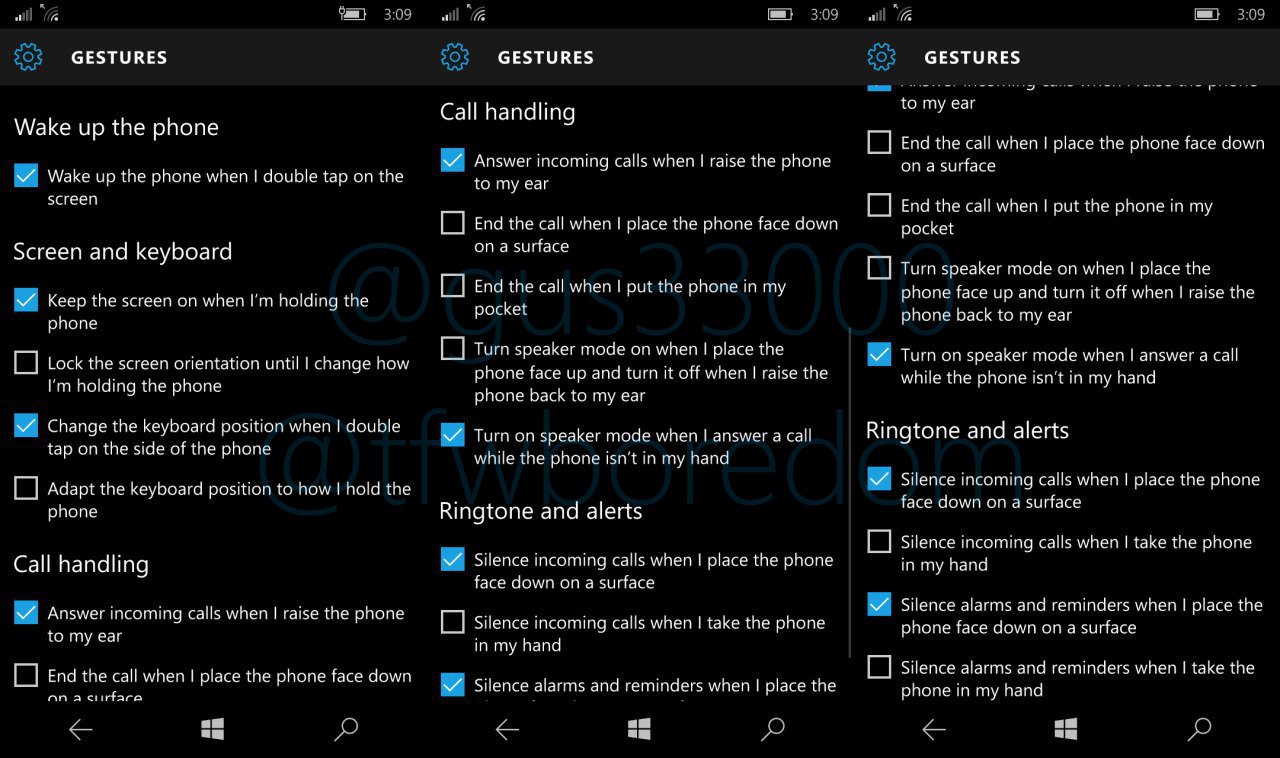 Some might say gestures don’t belong to the list of major features, but actually as of what we see in the picture, they could have brought a “plus” to the devices.

Anyway, Microsoft decided to cut off the feature during the development of the devices in July 2015. According to @tfwboredom, developers were also supposed to get a SDK for Gripping. As the name suggests, it informed the app how you hold the phone, allowing it to adapt and letting the gesture kick in. We don’t know why this feature was pulled off, or either if Microsoft is holding it for future development.