WhatsApp team has released a new update for its Beta App on Windows Phone and Windows 10 Mobile. The app has been bumped to new version 2.17.78.0. The update does not bring the new “Status” feature to the Windows Phone.

The update for the app comes without any changelog but with a new Hidden feature which will be enabled along with the “Status” Feature. The team has pushed out a new feature for the “Status Tab”. Below is the changelog with Screenshot. 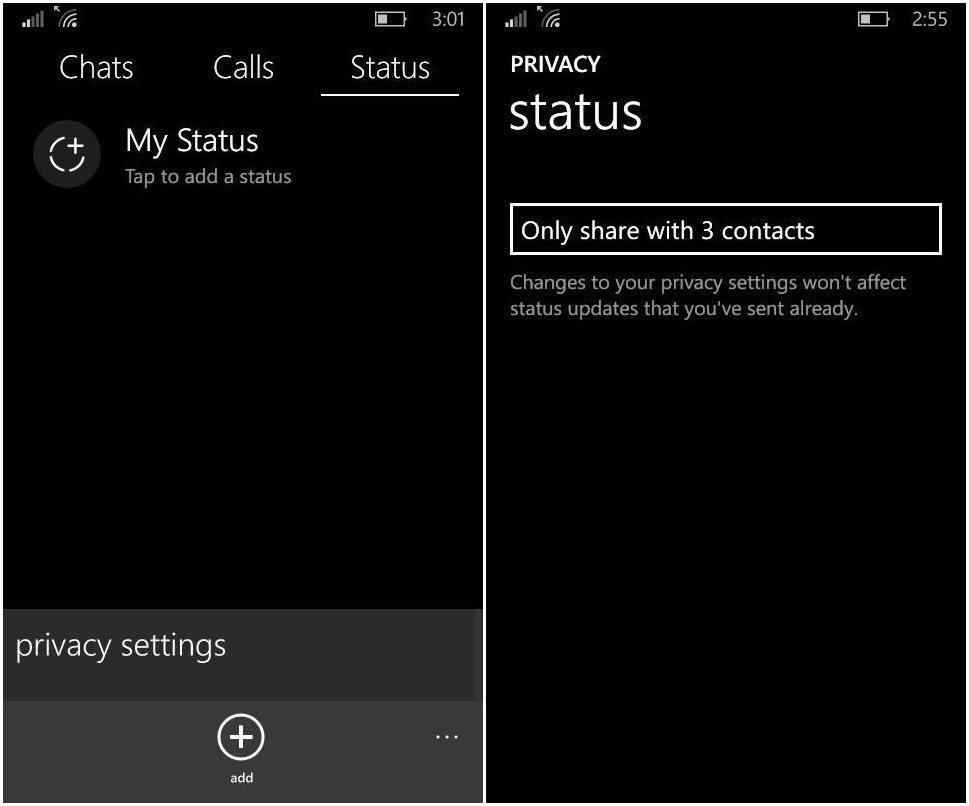 The latest update for WhatsApp Beta is currently live and you can get it by clicking the below link. Do let us know if you find anything new after the update.