AOMEI Partition Assistant is one of the easiest and most reliable disk partition manager freeware.

Basically AOMEI Partition Assistant is available in 2 different ways. The freeware of software provides a free disk and partition management and the pro version gives users some advancement features.

Talking about the standard version then it provides almost all basic and many major functionality. It provides partition splitting, copying, resizing, creation, deletion, formatting, property changes, and also secure wiping. In addition it also provides separate wizards for copying, resizing, converting from NTFS to FAT32 and vice versa. One of the most notable feature for is that it also provides migration to a new hard drive or SSD. 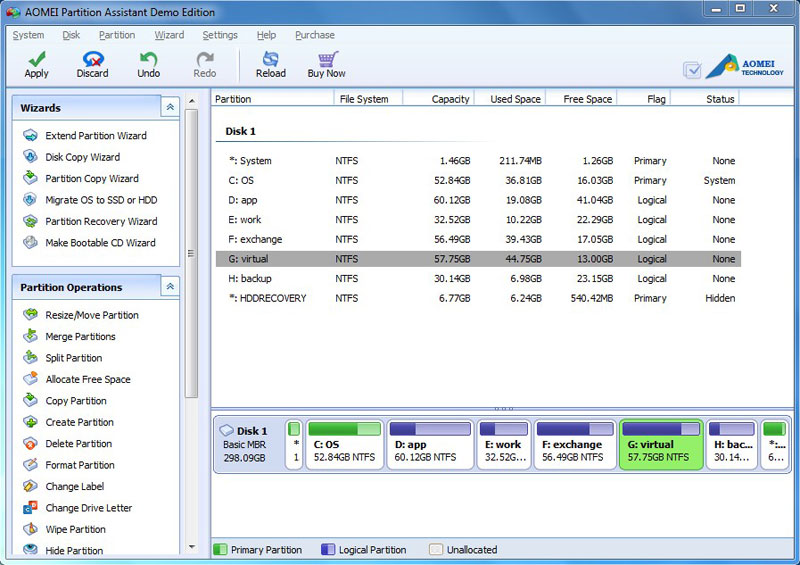 The Pro version of the software gives more functionality such as the ability to convert Windows dynamic disks to basic disks, change partitions from logical to primary, alter partition IDs and serial numbers, convert disks from MBR to GPT and back again and more. Not only that software AOMEI Partition Assistant Standard also allows you to allocate free space from one partition to another. Which is pretty awesome.

The interface and the UI of software is pretty familiar. You can easily navigate throw the software so easily. User can choose a list of tasks to the left and a pane displaying on system’s drives and partitions to the right. Simply choose the drive or partition, then apply an action from the task list. 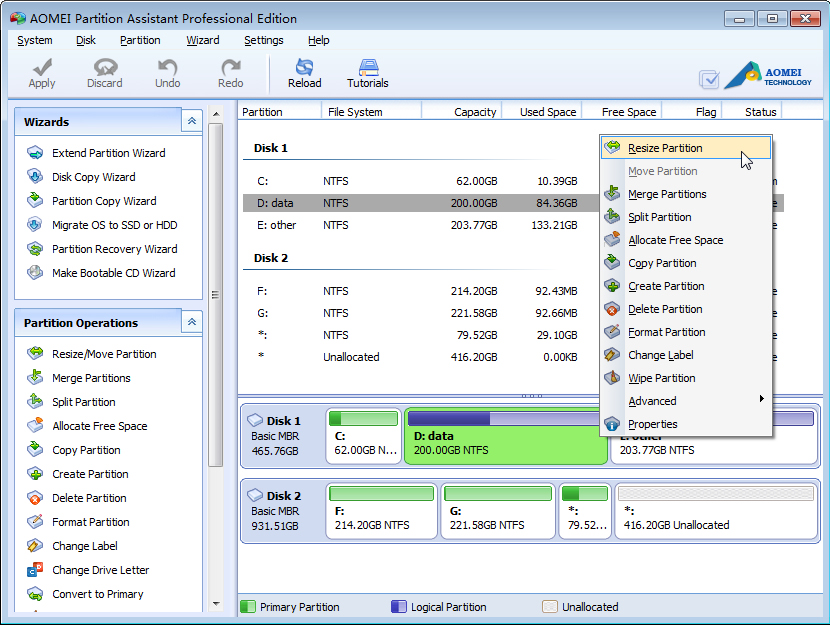 Of course the software is compatible with the Windows 10, Windows 8.1, Windows 8, Windows 7, Vista and XP. And last but not least it can also helps you to create a bootable media to manage hard disk partition under Windows PE.

So the bottom line is AOMEI Partition Assistant Standard remains a reliable piece of software dedicated to disk and partition management.

You can download the freeware version of it from here and also get the pro version from same.

AOMEI Partition Assistant Standard (formerly Home) Edition would seem to be the most powerful and capable freeware disk partition utility. It’s highly recommended for all users, and especially those with multidisk systems.