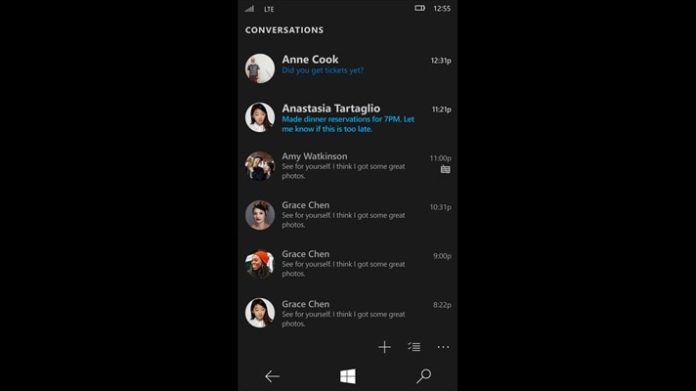 Microsoft is rolling out a new to Messaging app on Windows 10 Mobiles Devices. The update is currently available for download in the fast ring. Microsoft Messaging app updated to version 3.25.25004.0. The update comes without any changelog

The update brings no noticeable changes. We assume that Microsoft has introduced bug fixes and performance improvements with the latest update for Messaging app. Yesterday, Microsoft also released update for Microsoft People app and Windows Store on Windows 10 Mobile.

The update is only available to Windows Insiders in the fast ring. However, it could be released to Release Preview Ring and Production Ring devices later. You can download the updated version by clicking on the below link. Do let us know if you notice any changes after installing the update.