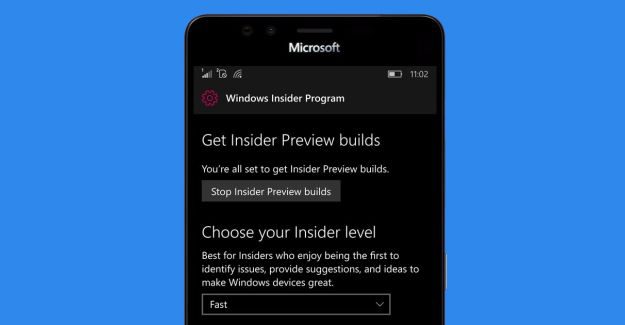 Microsoft has released build 15025 for Windows 10 Mobile users on fast ring today. The build doesn’t bring much new but includes a lot of annoying bug fixes. From the changelog,

A Collection groups together feedback for similar problems and suggestions into single items that bring together all the voices who expressed that sentiment in one place. All of your individual voices will be amplified when your feedback and upvotes are joined together into collections, and you’ll be able to see just how big your voice can become. Same as with individual feedback, you’ll be able to upvote Collections, upload screenshots to show the engineering team a problem you’re seeing or a suggestion you have, and comment on the feedback with others.

Thank you for your feedback, Insiders. Because of you, the Feedback Hub is becoming better for ALL customers.

New mono audio option in Ease of Access settings: Visually impaired users use a screen reader application to read content on their phones and information to them, and frequently use headphones or earbuds to hear their device when in meetings or having conversations with others. When doing so, they generally use only one earbud to hear what’s being said from their device in one ear so the other ear is free to hear conversations and sounds around them. That can cause them to not hear sounds that may be directed to the other earbud. In order to change the sound to be mono mode and so all audio is directed to both ears, they used to need a physical earphone adapter. You can now switch your audio to mono straight from the new Audio section under Settings > Ease of Access > Other options.