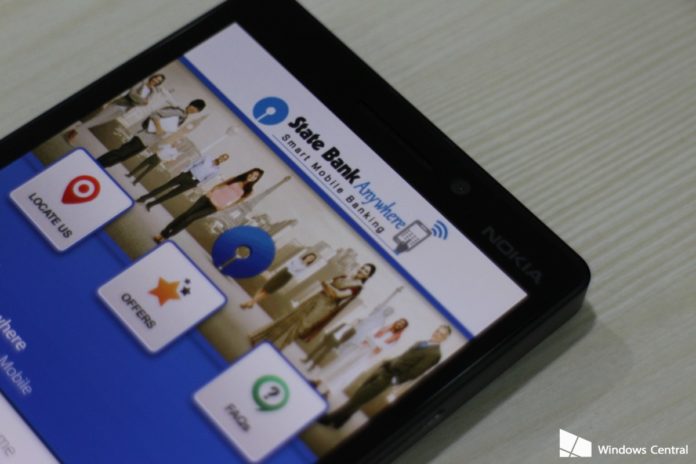 State Bank of India one of the largest and Premier Bank in India, has launched its app for Windows Phone 8.0 and has received regular updates for the app. The company has pushed out another new update to its App for Windows Phone yesterday. After the recent update the customers are getting a Pop Up Notification stating the app will be discontinued on Windows Phone version 8.0 from 25th Jan 2017. Below is the full changelog:

The company is currently disabling its app for Windows Phone version 8.0 along with other Operating Systems. Currently the app will be available for Download for users on Windows 8.1 and above. If any of our users are using the State Bank Anywhere app on Windows 8.0 then it is advisable to upgrade to Windows Phone 8.1 or Windows 10 to continue using the app.