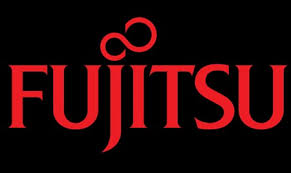 Fujitsu Limited and Fujitsu Client Computing Limited today announced that it is releasing 18 new enterprise models which include nine laptop models in four series, four tablet model in three series, one desktop PC model and four workstation models in four series.The company says that the models will be rolled out in stages starting mid January in Japan.

The Other product is the FUJITSU Tablet ARROWS Tab family of Windows tablets, which the company is offering the new handheld ARROWS Tab V567/P tablet that features a full version of Windows 10 Pro on a 6.0″ palm-sized device.

In its Desktop ESPRIMO family of desktop PCs, Fujitsu is offering a new model featuring a processor from the latest 7th generation Intel Core processor family. In its FUJITSU Workstation CELSIUS family of workstations, Fujitsu is strengthening the lineup by offering four models that all support the Windows 10 Anniversary Update.

The company is also offering a 6-inch Windows 10 tablet which is unlikely to provide a lot of power which may disappoint a lot of customers. If businesses are really looking for a portable Windows 10 device, they can simply get a Windows 10 Mobile device with Continuum which will offer a much better experience that you simply won’t be able to get from a 6-inch Windows 10 PC.

Below is the Pricing and Availability of the Devices: