The PC processor game is dominated by two teams, Intel and AMD. While Intel has been pumping up its sales every year, AMD is slowly falling back in the race. With AMD’s new Ryzen processors announced, should you build a new PC now? We’ll try to answer your doubts here. 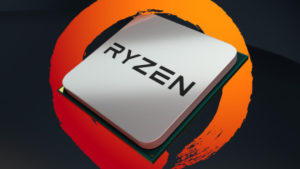 First of all, whatever the pundits may say, Intel is the king of processors in the PC market now. Gamers, businesses, offices and even home users are dumping AMD in favor of Team Blue. There are reasons to do so as Intel powered PCs consume less power, have better overall performance than AMD’s counterpart in the same price range and has a better scope for upgrades in future. While low end and budget gamers still give a thought to AMD, but Intel’s Core i3 and Pentium ‘K’ still remains the preferred choice.

So what to do if have to change your PC now? Go with Team Blue or wait for Team red? According to the recent data revealed my AMD, the new Ryzen chips thump Intel’s Skylake based processors by quite a margin and steals the first spot. If you are going to have a brand new Gaming PC or an enthusiast build which is future proof, better wait for Ryzen and Intel’s Kabylake refersh. But if have to get a PC now, go with Intel. AMD is just not up to the mark with team Blue with its current line of processors.

So, what are you going to get? Have a question? Tell us in the comments!