The device is lot looks like Lumia. In the picture, the phone is shown to have a candy-bar shaped body with curved corners similar to Nokia Lumia series. In addition the device is covered with plastic-based shield with matte finish. This sounds a lot similar to Lumia. There is a circular camera module with single LED flash on top of it.

The second image shows the front display panel with Nokia branding on the top. Though the photos look real. One big thing in these photos is that there is no sign of fingerprint sensor on the front or in back side of it. 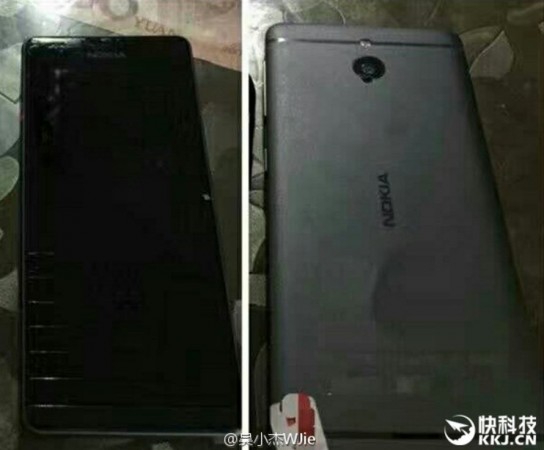 Well, I am not saying this Nokia P could be the one which feature Windows 10. Of course it will launch with Android Nougat, but things could change any minute.

The internal hardware specifications and the design language just don’t add up. We believe the leaked image might be a prototype model of Nokia P and the company is still evaluating design and hardware specs for the new phone.