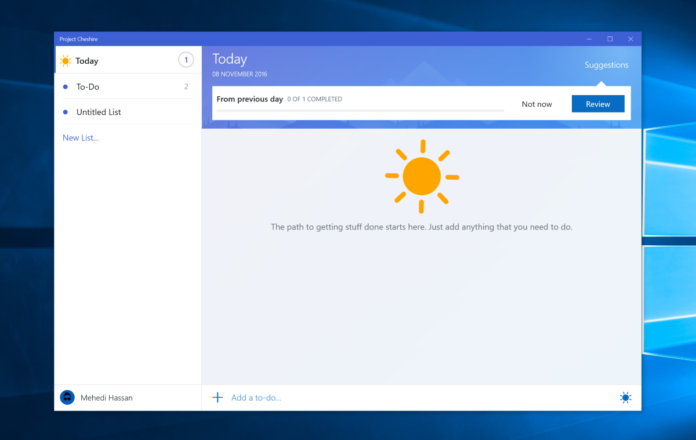 Microsoft’s Project Cheshire, which is another list app like Todoist and Wunderlist, is getting a new web app. The service already has a iOS and Android app with the Windows 10 app in beta stages.

Project Cheshire, has currently many similarities with Microsoft owned Wunderlist, which is a very popular to-do-list app on various platforms. It is unknown why, Microsoft will invest in a similar app, but may be they have some broader plans based on all their services.

The web app is on par with the apps for now and the launch is imminent.