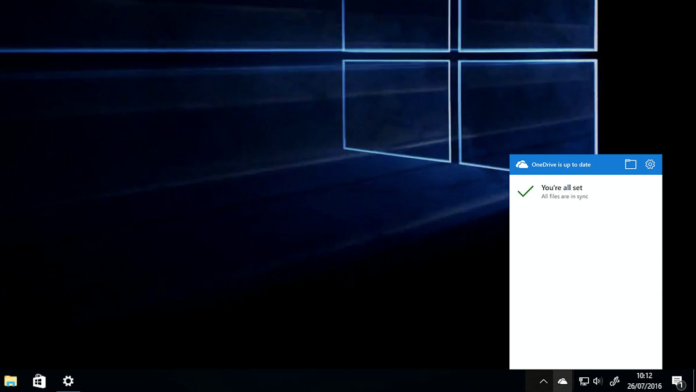 About a week ago we reported that the new version of Microsoft OneDrive app loose transparent tile. Actually it wasn’t bug but they actually mentioned it in the new feature section. Meanwhile we heard that Microsoft is currently testing a new version of the OneDrive flyout on Windows 10.

The company has started A/B testing a new design for the OneDrive. In case you don’t know the A/B testing is also known as split testing or bucket testing is a method of comparing two versions of a webpage or app against each other to determine which one performs better.

You can see the new OneDrive flyout design in the above screenshot. Since company just being A/B tested, some users will be able to see the new experience while others will still get the old one.

Of course company will roll out this new design in near future. To check if you have the new OneDrive flyout, simply click on the OneDrive icon from the taskbar on Windows 10.

There isn’t any way of manually updating to the new version of the OneDrive flyout so don’t bother trying to update. Once Microsoft rolls it out to more users, it should automatically be available on your PC.