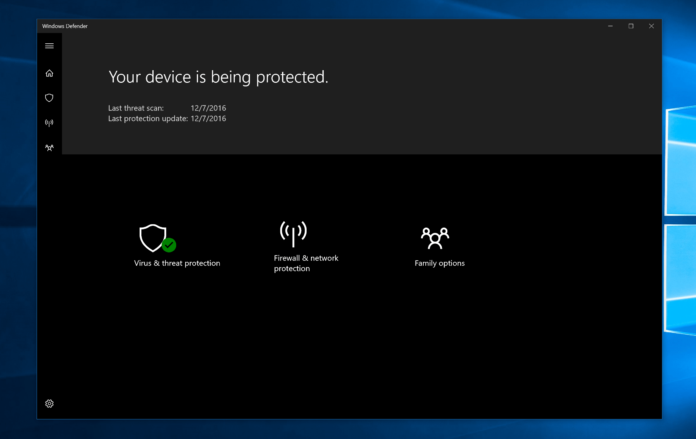 Today Microsoft released Windows 10 Insider Preview Build 14986 with a bunch of new features and improvements to Insiders. They updated Cortana, Windows Ink and added 3 new extension to Microsoft Edge. But one of the notable new thing is new Windows Defender app.

However, with new app you can scan for any threats in your PC, and you can also check for protection updates right from the Windows Defender app. In addition they also noted that the app may have lack of features and it’s under development.

The the Windows Defender app is only available for the machine which is running build 14986. Microsoft is aiming to release this app as a part of the Windows 10 Creators Update which is scheduled for early next year.