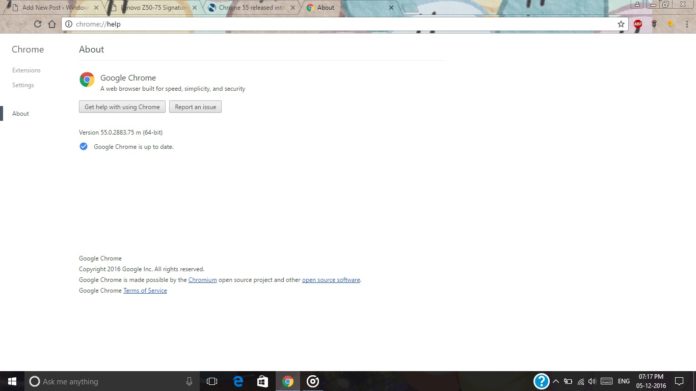 It was known for sometime and finally it happened, Google Chrome now no longer supports flash content on most websites.

Google Chrome is the most used browser on Windows and its popularity is quite more than its counterparts. Chrome 55 was released this week on Windows and it finally disables flash acceleration on most websites. There are also fixes to security flaws, JavaScript Engine and other fixes. Chrome also should consume less RAM now and should be faster.

Usually Chrome should update itself, but if it has not, go and update it.