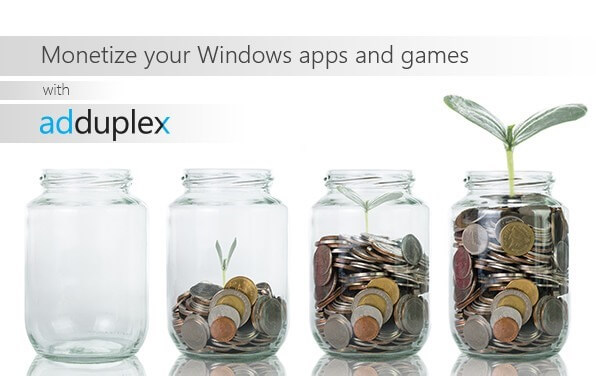 AdDuplex has announced a revamped Ad Monetizing program for Developers who are looking to build Windows apps. There are only few monetization tools available for developers and AdDuplex’s new Monetizing Program will help Windows developers a lot.

Here’s what AdDuplex has to say about their new Monetizing program:

We have been running a pilot of an ad monetization program with select apps for a few months now and it has been quite a success so far. Most apps and games in the pilot make thousands of dollars per month and advertisers got a way to extend their reach quite a bit. So we decided to extend the program to continue addressing both of the issues app developers and advertisers are facing.

Here are some of the criteria AdDuplex will be considering:

You can apply for AdDuplex’s invite only monetizing program here.