Facebook today released a new update to its Messenger Beta App for Windows 10 PC’s. The update seems to have added the Calling option for users on Beta version.The update has taken the app to new version 91.631.62386.0

Though the company has not provided any changelog but some of our users have confirmed that they can actually now use the Calling option which is available and working. See the screenshots below. 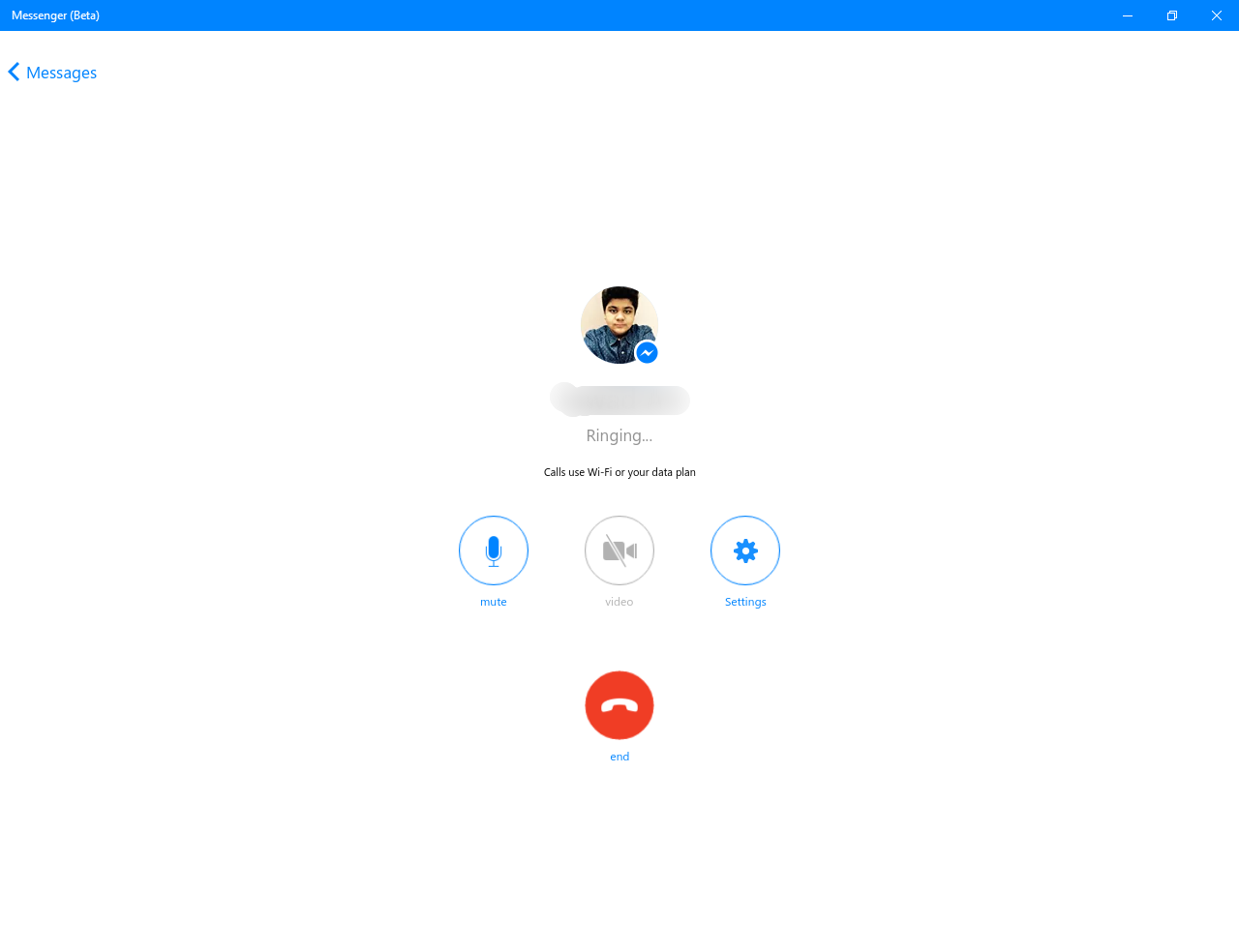 Currently the update is not available for lot of users, few of the lucky users have reported about the presence and activeness of the Calling options in the Beta Version of the App.

Facebook has not updated their Mobile Messenger and for long time now approx a month now, the company seems to be working on the same and hoping they would be releasing the update to the Mobile version of the apps very soon.

The video and voice call option is available on Mobile but currently disable, hoping the same will be enabled to all users of Mobile and PC sooner than later.

If you haven’t yet taken the update you can do so by clicking on the link below. Do let us know if any of our users are lucky to get the calling option working on your PC after the update in the comments section below.