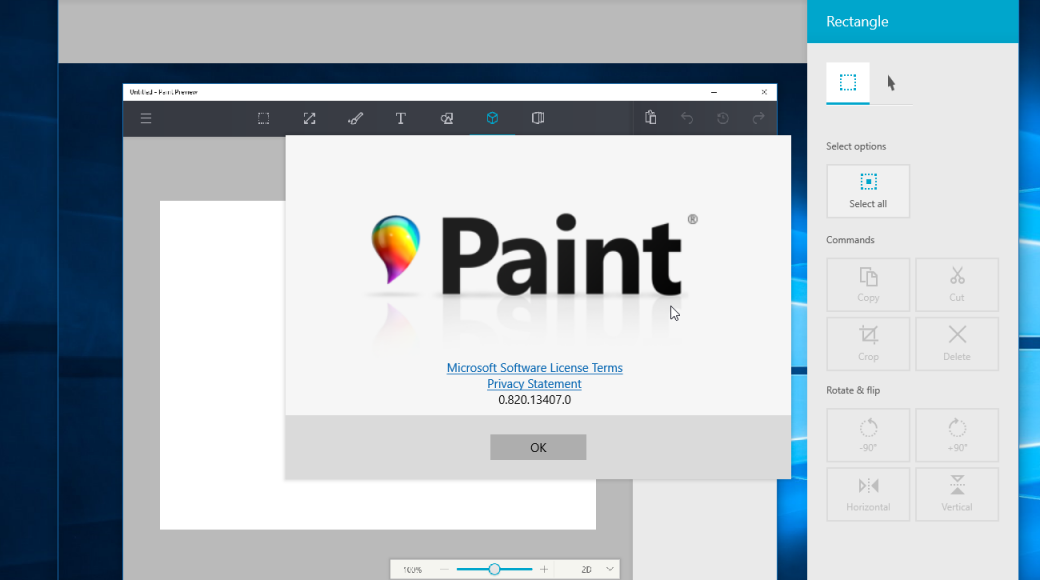 You can see that Microsoft it’s bringing all its “old” apps like Paint indeed, Notepad and some more to UWP, but what’s even more cool about it is that the new app comes with complete support for Inking, and focuses heavily on 3D creation tools with the ability to generate 3D objects on the fly. And it’s a Universal app, so it’s likely it will even come to phones.

This new app showcases a whole new experience for Paint, moving from the Win32 limited capabilities to its new direct successor, which brings the right balance between new and advanced tools for people who just want a basic app for drawing.

The same leaker also shared a Store link related to the Paint for Windows 10 topic that redirects to an app named “Newcastle”, but if you download it looks like an empty app. Rumors on the net are saying that Microsoft will officially announce the new app during this month’s event held on 26th. Stay tuned!