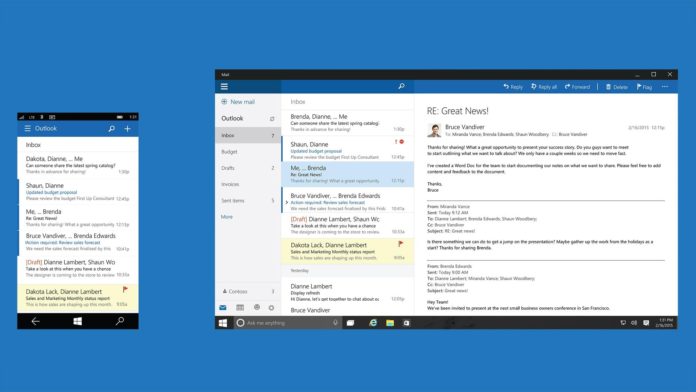 Microsoft’s Ignite conference at Atlanta is going on and we are getting tidbits of consumer related information from there now and then. A recent report from Neowin states that Microsoft is finally making the Outlook app on Windows 10 feature complete keeping it at par with the iOS and Android counterparts.

The Outlook apps on Android and iOS are re-branded versions of the Sunrise app, which Microsoft have purchased but the app for Windows 10 has been built from scratch. Features such as @mentions, focused inbox and cloud attachments are incoming. The Insiders will get their hands on these features first and the public version should roll out at the end of this year or early 2017. 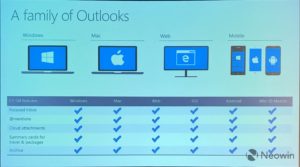 This is a good piece of news as users of Windows 10 were complaining about the absence of features on the Outlook app on their devices whereas the apps on iOS and Android remained superior.