GroupMe, the app launched by the Skype Team is planning for a new update to its App on Windows Store. The App will be getting the option to Send and Receive Documents feature in the upcoming update for Windows 10 PC and Windows 10 Mobile.

The feature is already available in other Applications like WhatsApp and Telegram, GroupMe would be a new addition to the already existing Applications having the document send and receive option.

Here are some of the leaked Screenshots of the feature being testing internally. 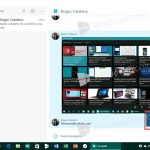 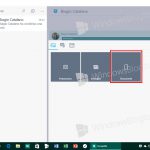