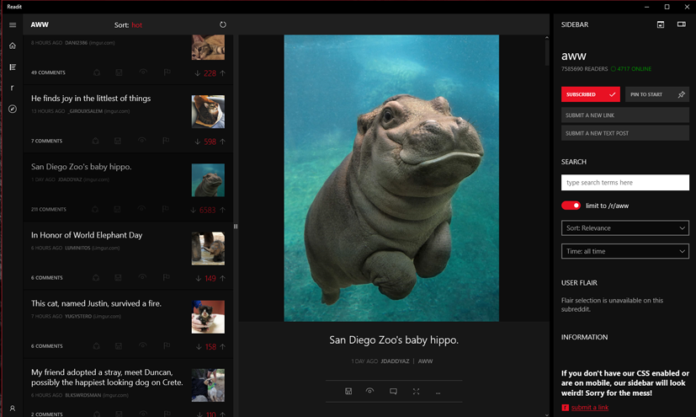 Readit-third party Reddit app for Windows 10 has received an update. The update improves subreddit notifications and now clicking on those notifications will take you directly to the sub-reddit and post. The update also brings lots of bug fixes.

Get the updated version of Readit for Windows 10 from here.