Anniversary Update (also known as Redstone Update) is called by some first Service Pack for Windows 10. And they’re actually right! Comparing to Threshold 2, Anniversary Update is giantic. But is it still good? Let’s find out! 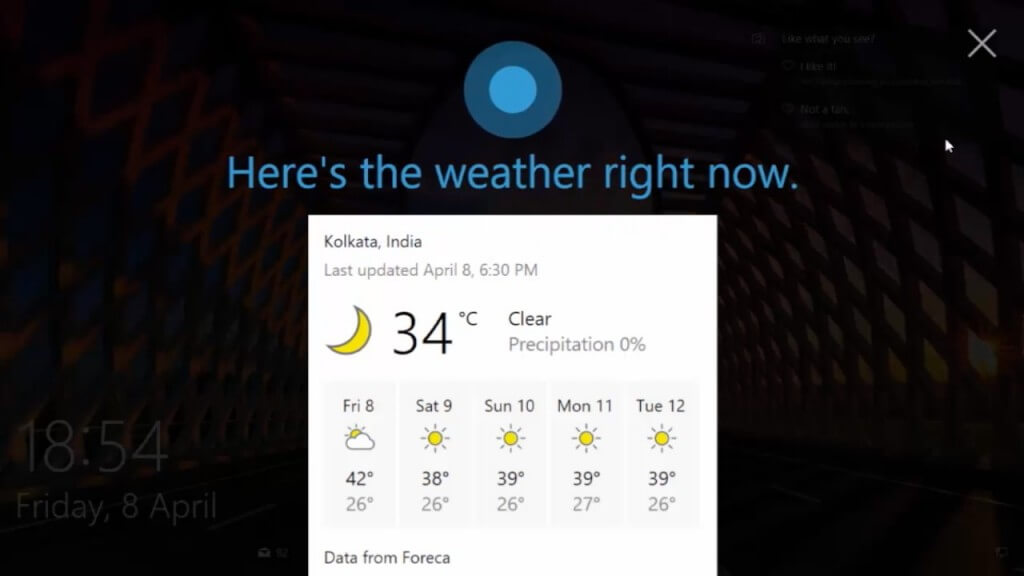 At first glance, it didn’t change at all – but the devil is in the details. Now you can use “Hey, Cortana!” on lockscreen! You can do basically everything like on desktop.

What you see for the most of time – desktop 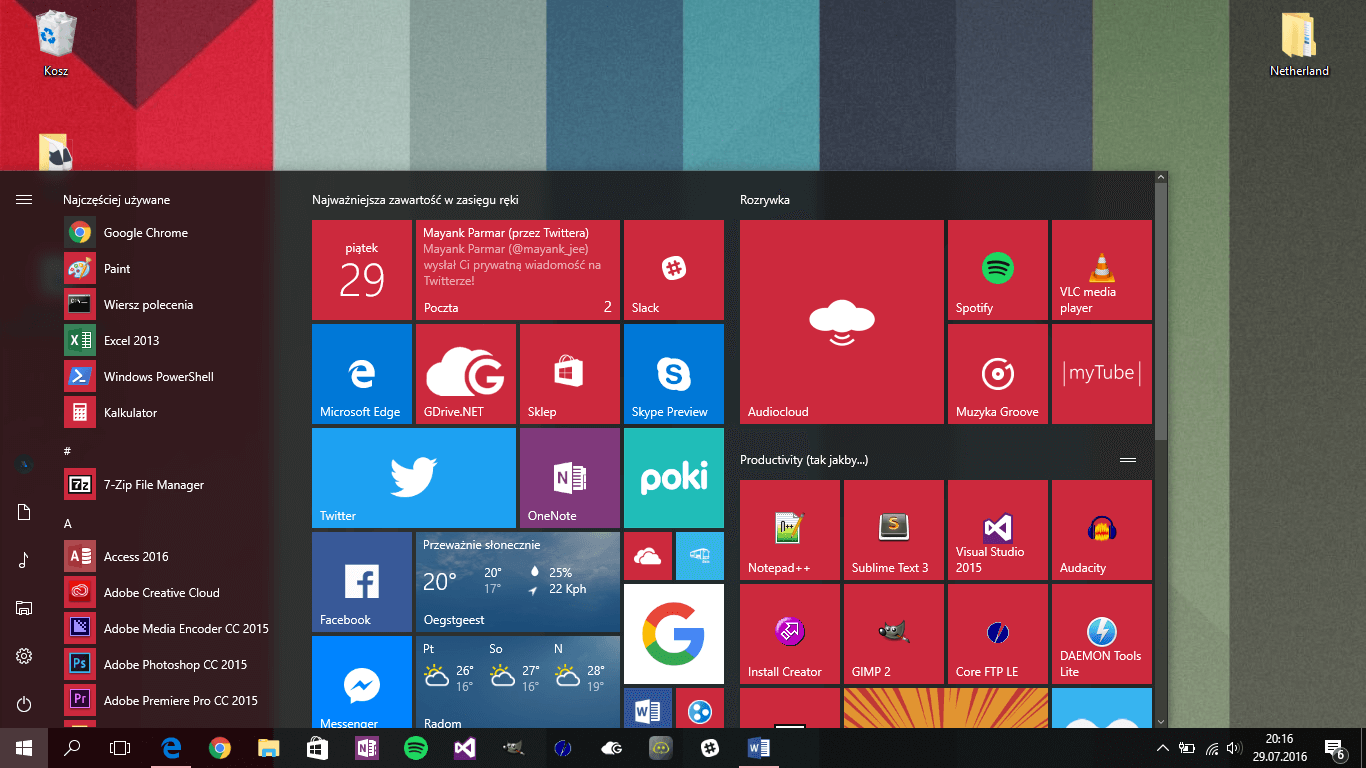 This one did not change at all too for the first glance. It still contains icons like always. But the taskbar has slightly changed. You can see that clock and notifications has been swapped (we will back to them in the minute).

Start menu has changed too! Now on the left-hand side it shows constantly app list and most used apps. Also, there’s hamburger menu which hiddes access to settings, file explorer and everything you want. 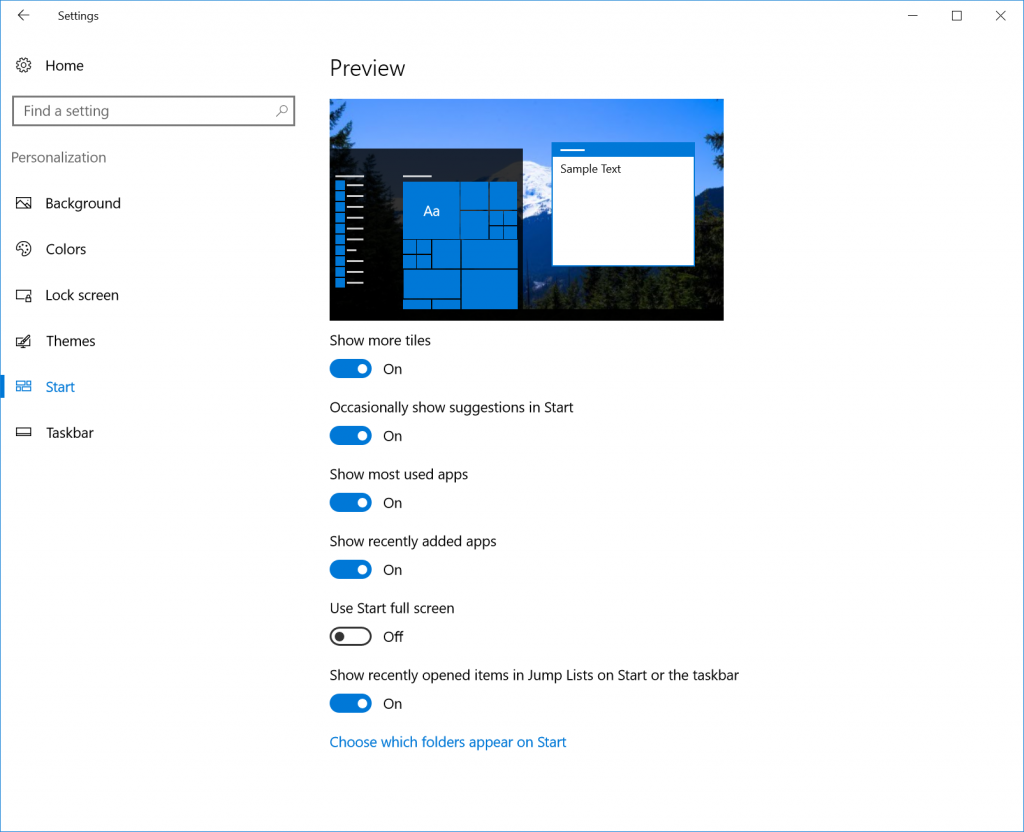 Settings! From the design to new features. We will focus on the most noticeable things.

First of all, the design of settings is slightly different – now it’s more… Flat. But that’s small thing. We will focus on features more. Now it’s slightly easier to change tiles in notifications and you can now download apps from Store to external hard drives.

Also you can set dark Windows theme (it will apply for all UWP apps which support dark theme) and the taskbar settings has been moved here. 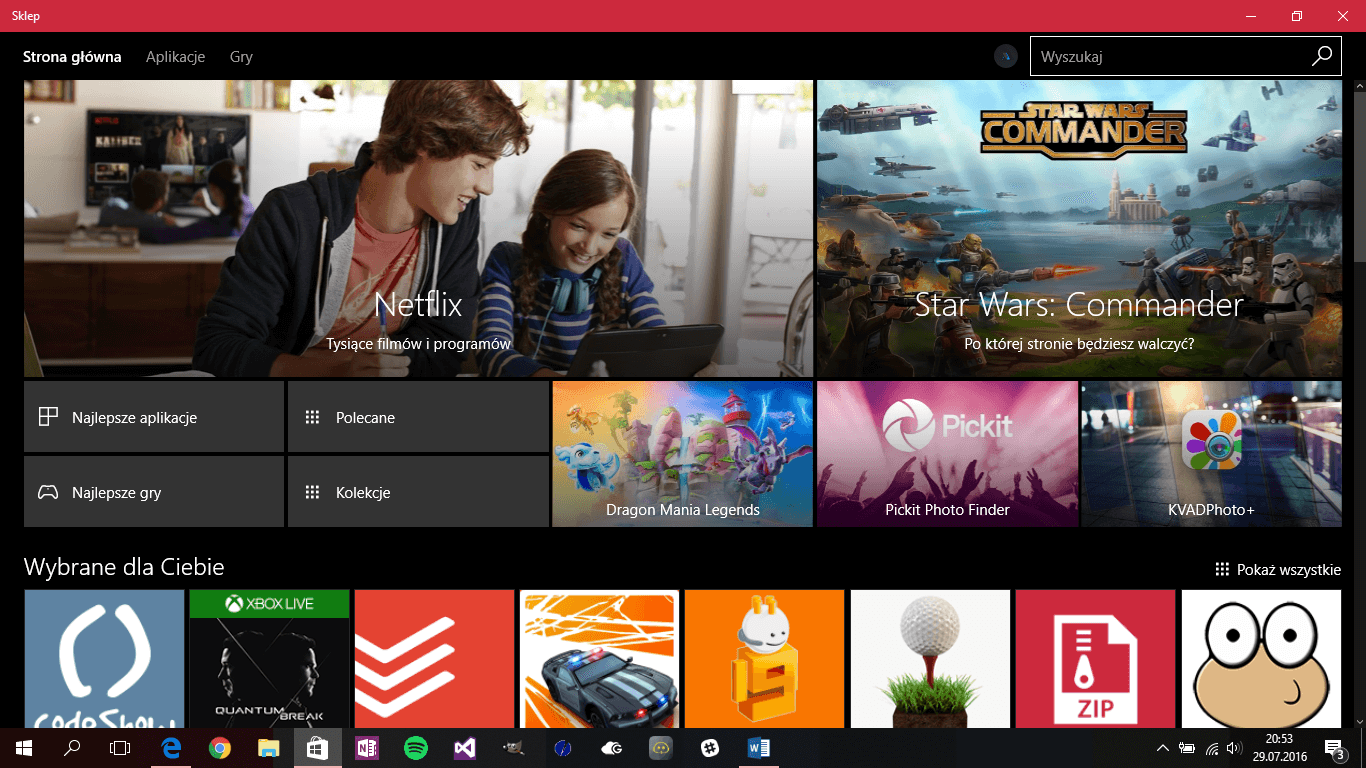 It has been slightly redesigned. Now it shows on what devices app is available and it’s much, much more mouse friendly and better for touch. Download page is also slightly better. Also, it feels like apps are downloading a little faster.

Also, Anniversary Update comes with new/old type of apps – Win32 apps in store. They’re basically classic Win32 programs, but you’re simply downloading them from store and you don’t have to screw around with installer. They’re running in sandbox which measn they cannot break your system or steal your data. One of the first third-party app working with this is Evernote (the old Evernote Touch will be gone). 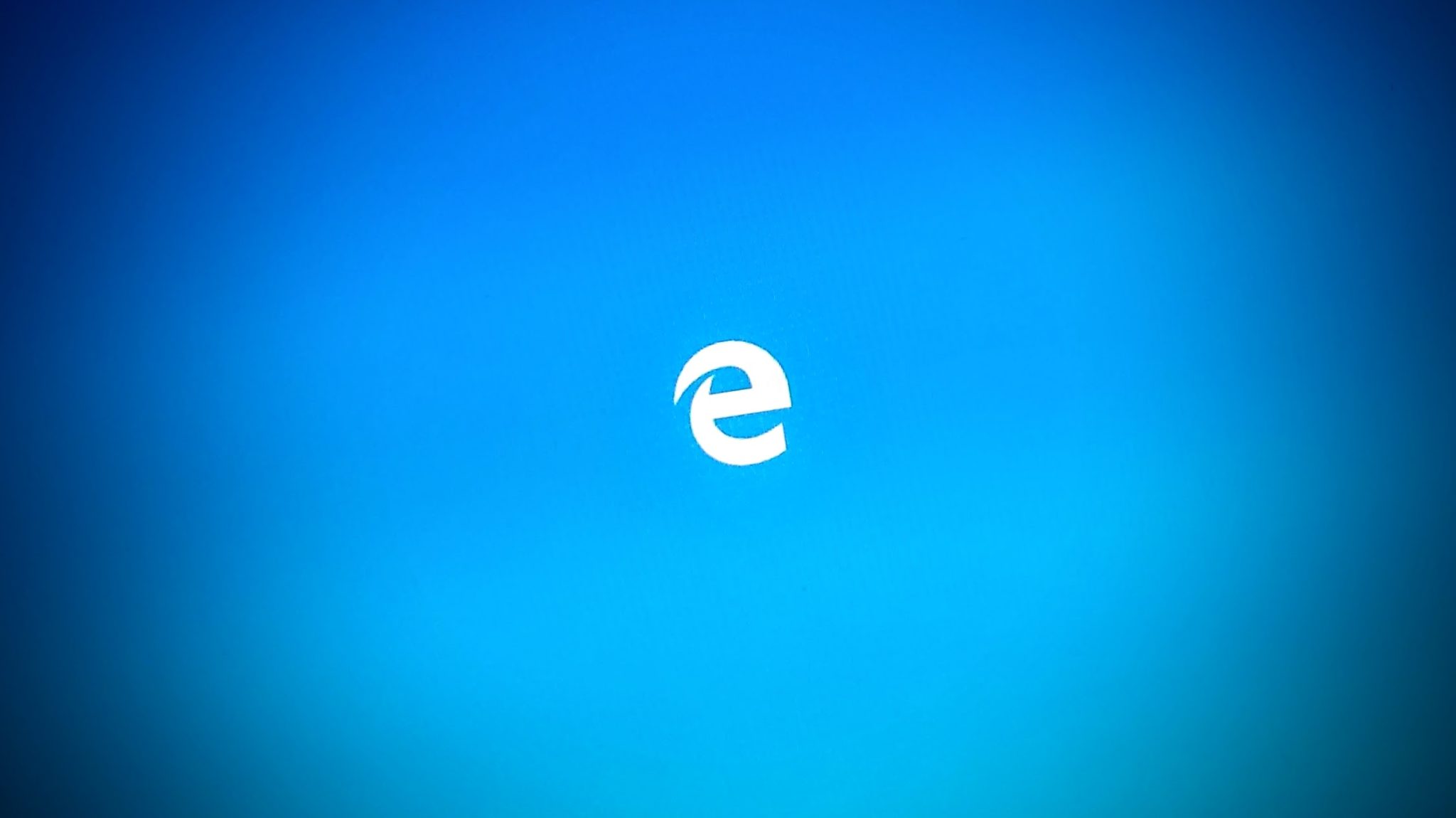 Really! Edge on Treshold feels like it’s Beta. Now it’s much, much better. It starts faster and it’s just good.

Also now it’s supports extensions! Simply click on three dots on top-right corner, and click „Extensions” – from here you can go to Store and download new ones. Right now there are only few most popular extensions like AdBlock, Evernote Web Clipper, LastPass, OneNote Web Clipper, Save to Pocket… But also few interesting from Microsoft! Like Mouse Gestures, Translator for Microsoft Edge and Page Analyzer (this one is mostly usefull for web devs). There are not to omany extensions right now, but I think it’ll change in no time. 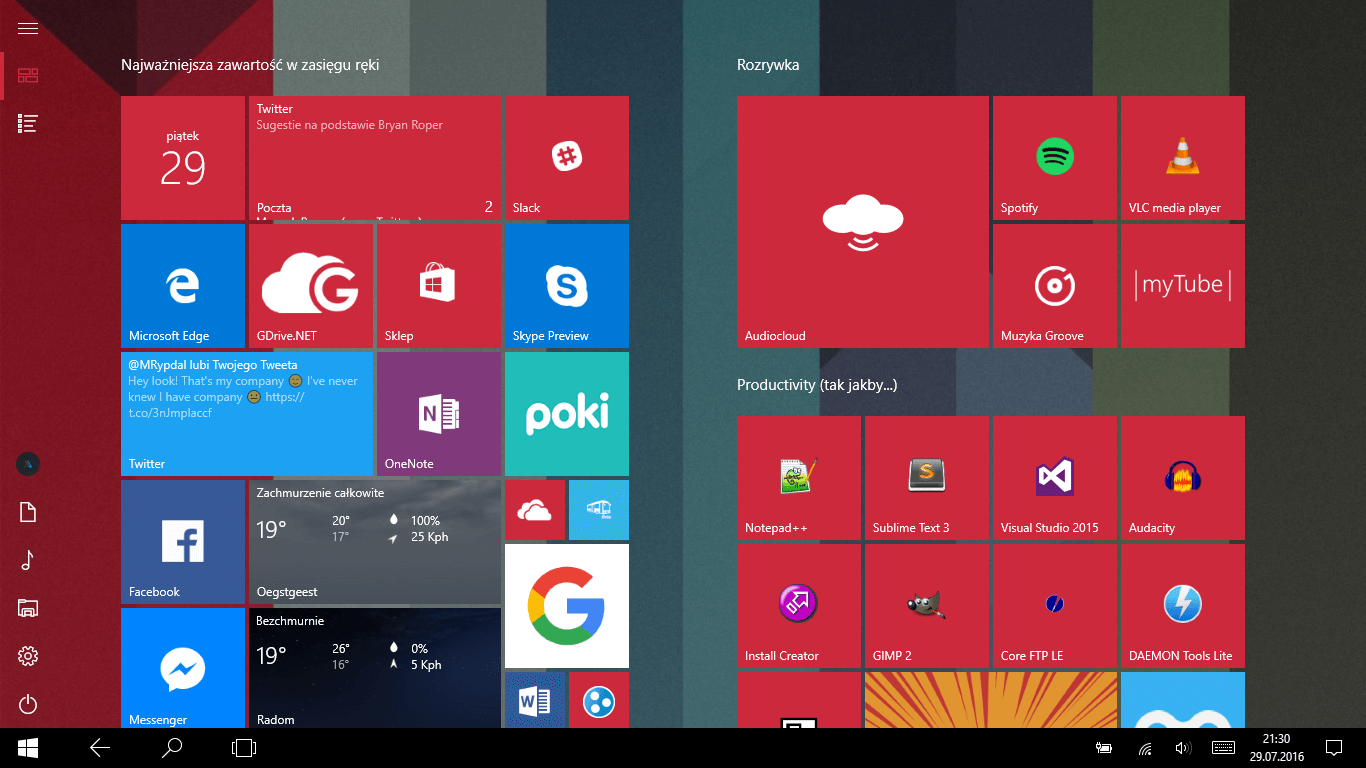 Finally! Windows 10 is much better for tablet-lovers. You can now hide taskbar when you’re in app – just simply swipe up to show it again! And holy moly – the new app list is just fantastic! It reminds one from Windows 8. 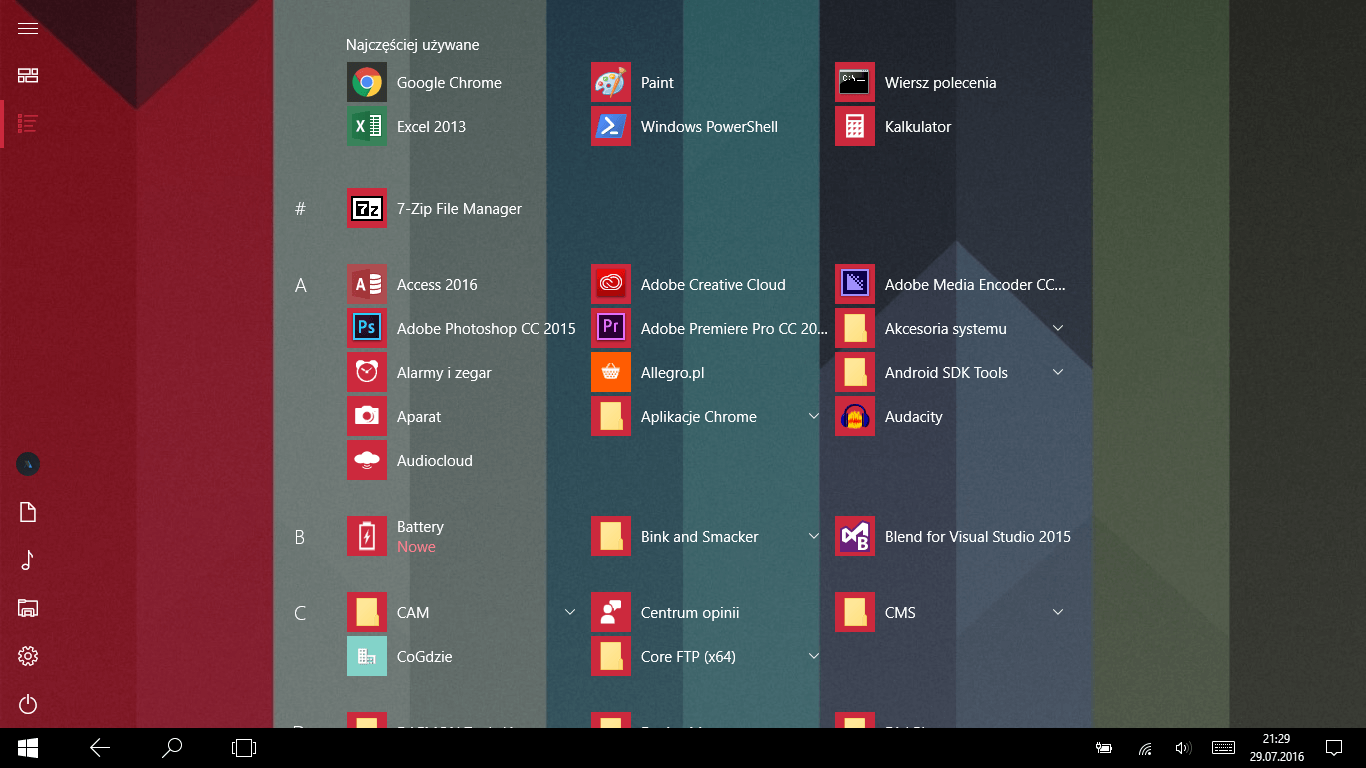 Unfortunately – I don’t own tablet :(

Windows Ink – I can be productive like a boss… On tablet

Windows tablets were always called productive ones – you don’t just use them to watch new episode of Game of Thrones.

With Windows Ink you can basically do more! It’s clearly designed for tablets (especially for those with stylus like Surface Pro 4). Here you can access much smarter Sticky Notes – comparing to older ones, sketchbook, you can take a screenshot and acces the touch friendly apps.

Sticky Notes are almost exactly same like in Windows 7… Almost. Now they can sync with Cortana – for instance, simply type „Wash the car at 6PM” on the note and Cortana will save that and remind you at 6PM to wash the car – brilliant! 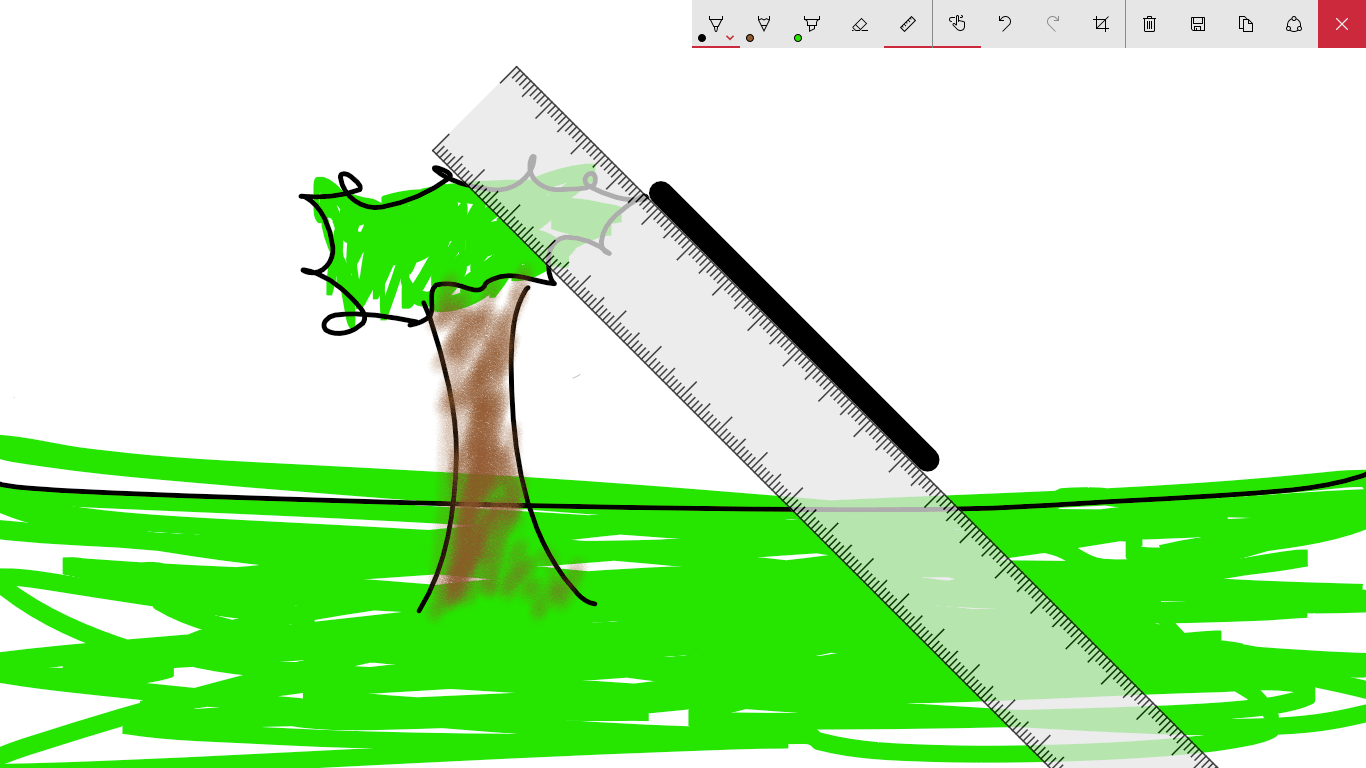 Sketchbook is… Just the sketchbook. It’s got typical drawing tools and ruler – nothing special.

There is also screenshot option, which makes screenshot and you can draw on it.

Well, Anniversary Update is really, REALLY huge step forward. It’s working for me much better and faster than Threshold 2. Especially UWP apps are working faster. Microsoft Edge is loading very quickly and overall works much better – so better that I’ve started to use it as my daily web browser! Windows and UWP apps are much faster and better.

There are also other things worth mentioning!

For example – calendar on taskbar finally sync with Calendar app, there is new Skype UWP app (which will support Messanging Everywhere soon™), Maps app has been updated, new window animations, and there are plenty more of that! But we just focused on the most noticeable changes.

Is it worth it?

I think so – yeah! Personally, i’m using Anniversary Update in Insider Fast Ring on my laptop and desktop and it’s great. I can recommend it for sure!