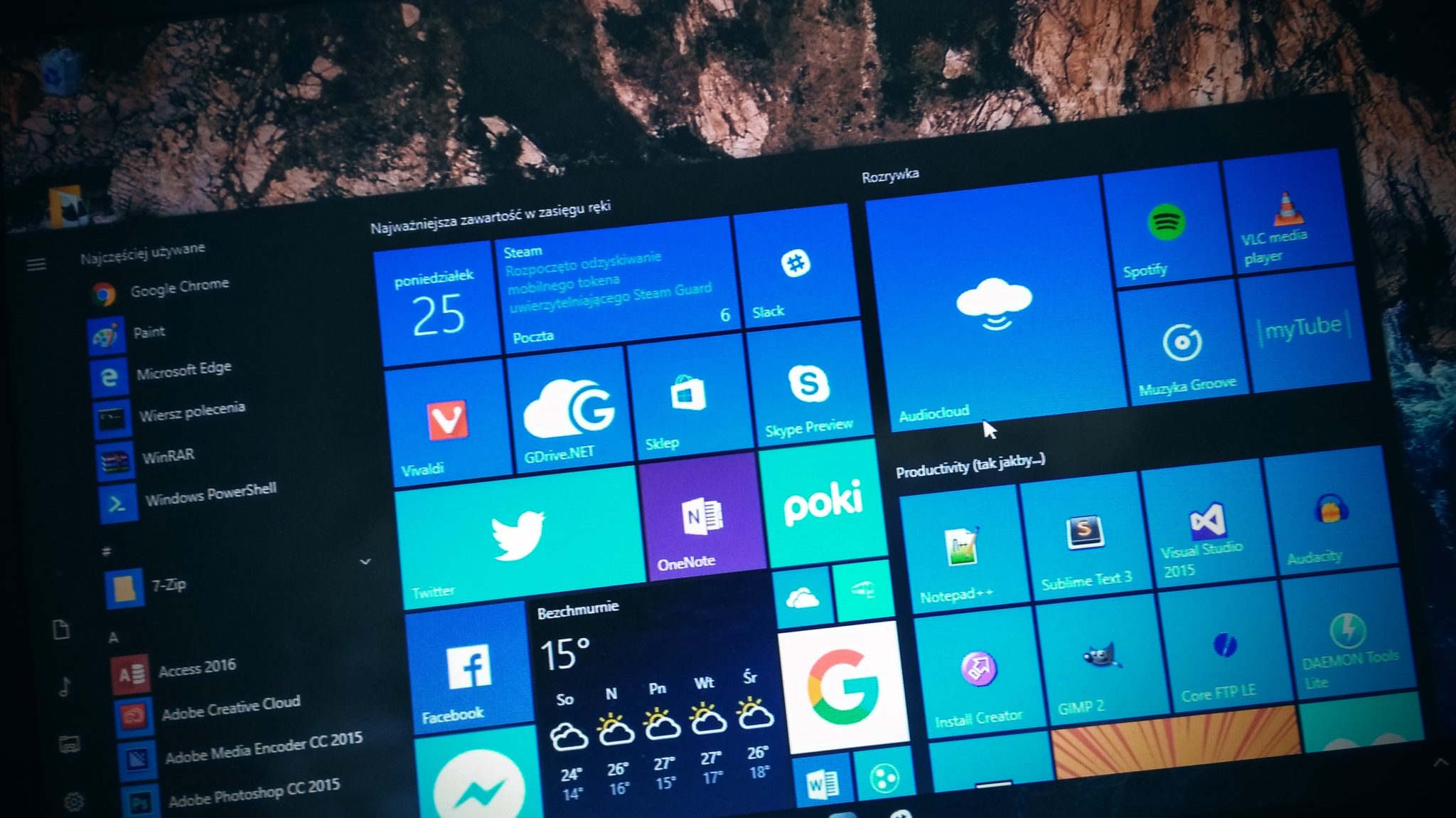 There’s only less than week left to upgrade your Windows 7/8.1 device to Windows 10! After 31 July everyone who wants Windows 10 is got to pay for this. But is it worth it to spend almost whole day to do it? Here’s us 5 pros and 5 cons for Windows 10! 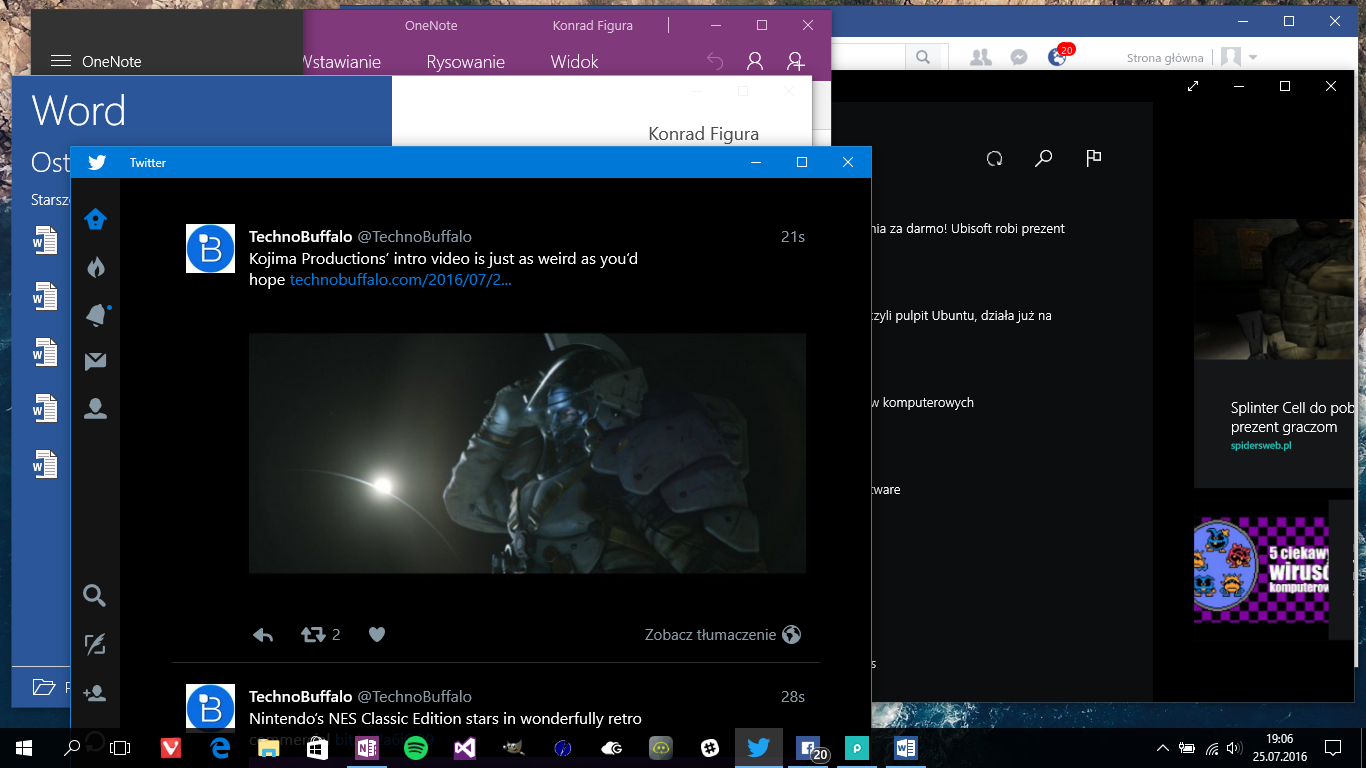 UWP (Universal Windows Platform) apps are well-known by Windows 8.1 users. It’s a new type of apps which are much safer, faster and cleaner. All of them are running in sandbox, which prevent them from stealing your personal data. In Windows 10 they are much improved. But remember it’s still fresh technology – just like Win32 applications was compared to DOS applications two decades ago. Most of apps are really… Dumb. For example Microsoft Word contains only very basic features and still most of software is made with old Win32 technology – but every single day UWP will be more powerful, and powerful and will replace Win32. 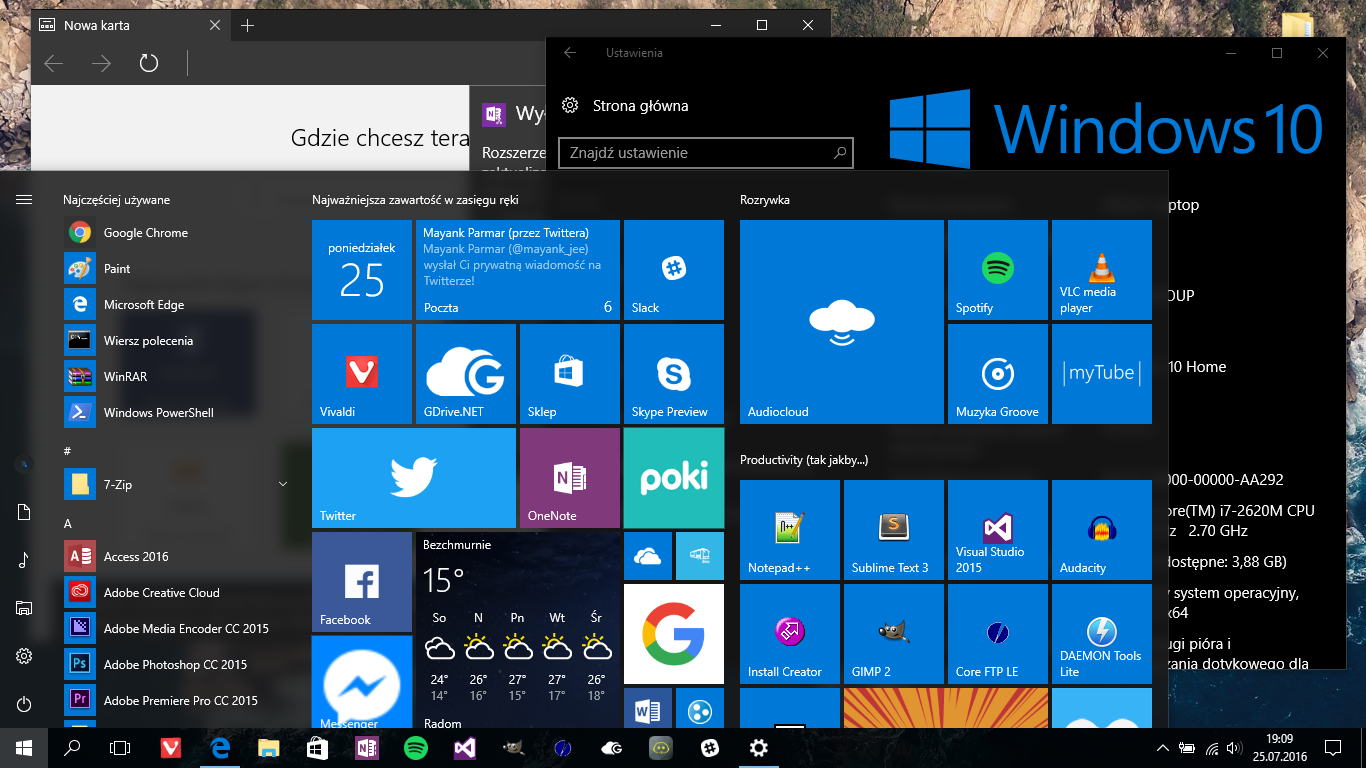 Year ago Microsoft showed us Adaptive UX, which is basically Modern UI 2.0. It’s mixing sharp corners with rounded boxes. It’s flat and very personal! You can have dark or light theme mixed with blue, pink, red, yellow and any colour what you like (for me, the best is dark theme mixed with dark blue). But of course, not everyone has to agree with me. 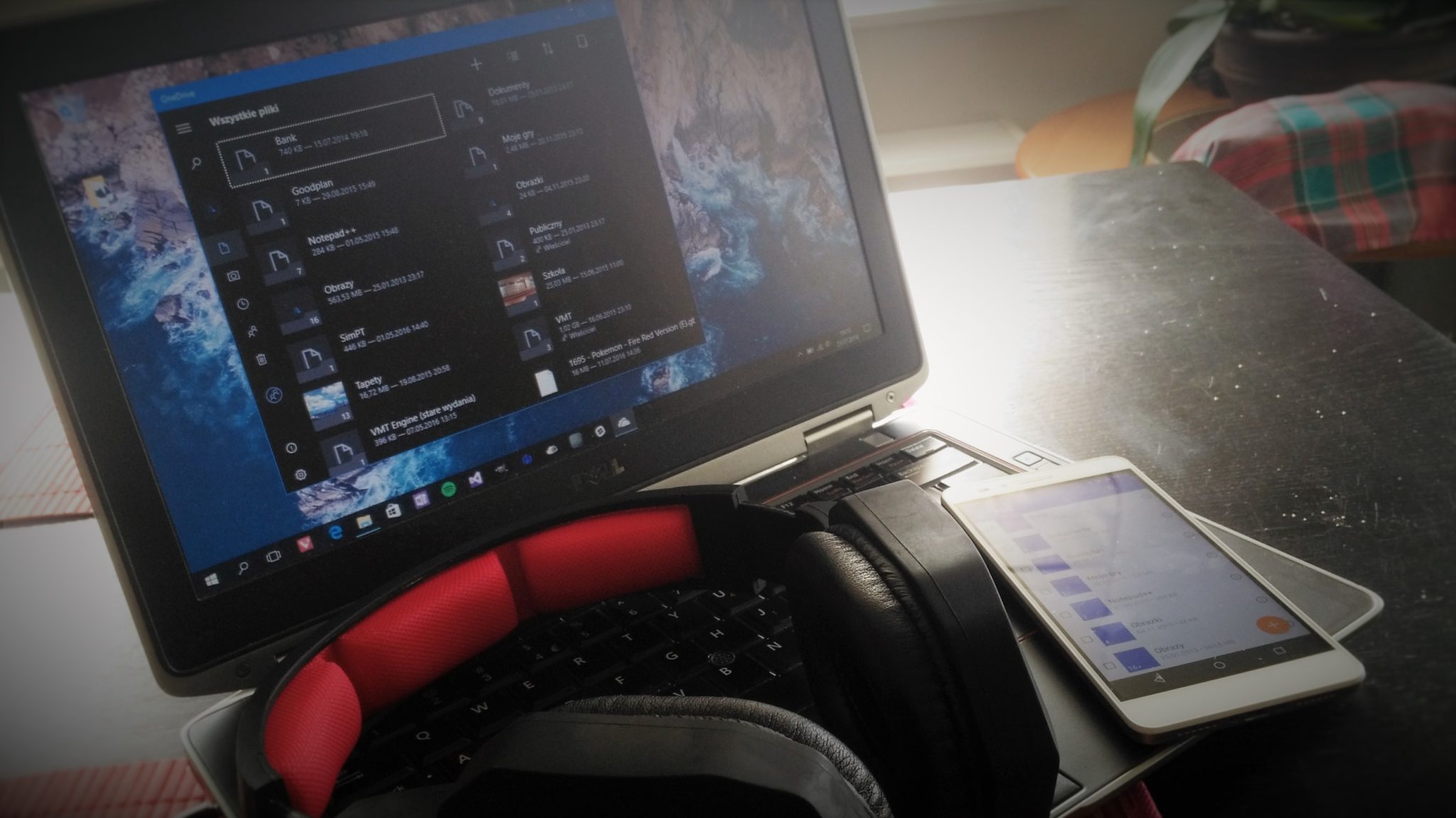 This is really great! It’s working the best with Windows 10 Mobile devices (especially if you’re using Redstone on both devices). You can sync all of your notifications, send SMS from PC, access your files easily!

But also Android and iOS lovers don’t have to worry about anything. I’m using both Android (daily driver) and Windows 10 Mobile (as second phone) every day, and they’re really fitting each other. I can easily access to my notes, files, calendars really easily on my Huawei Honor 5X and Lumia 535. 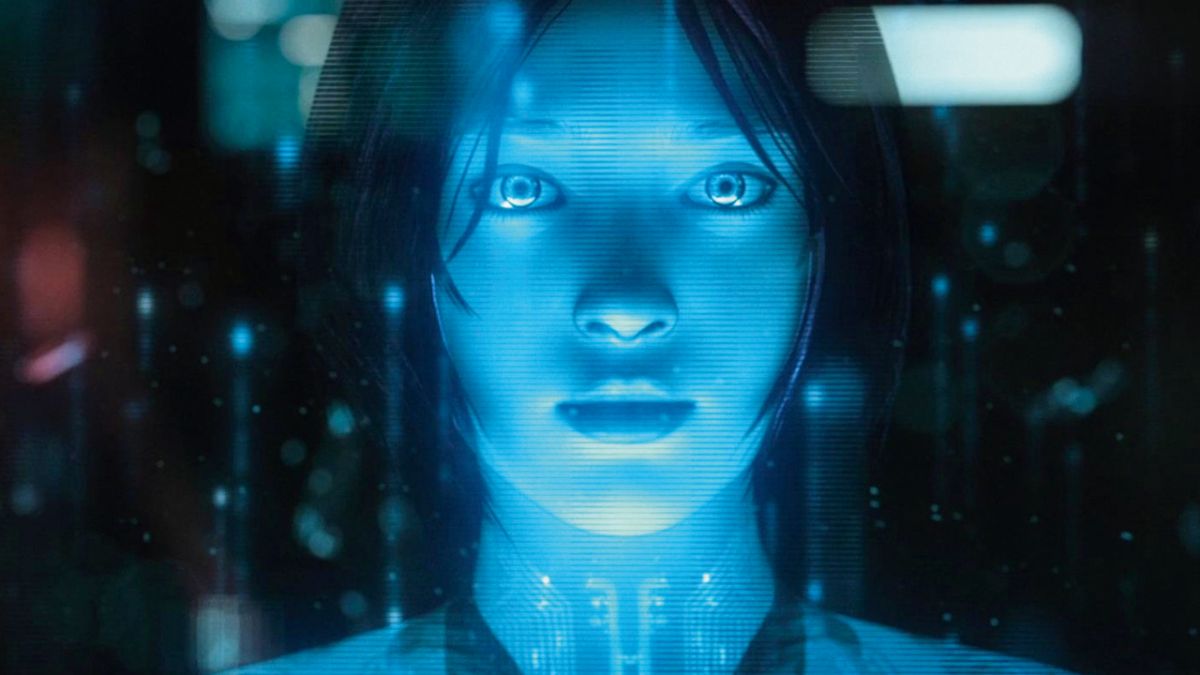 If you wanna use your computer like a chief… Master Chief. You can do it! Windows 10 comes with Cortana inside! Well, not the holographic one, but as Halo™. She can check your emails, remind you about something, check the weather or she can send SMS if you got Windows 10 Mobile or Cortana app on Android and iOS. 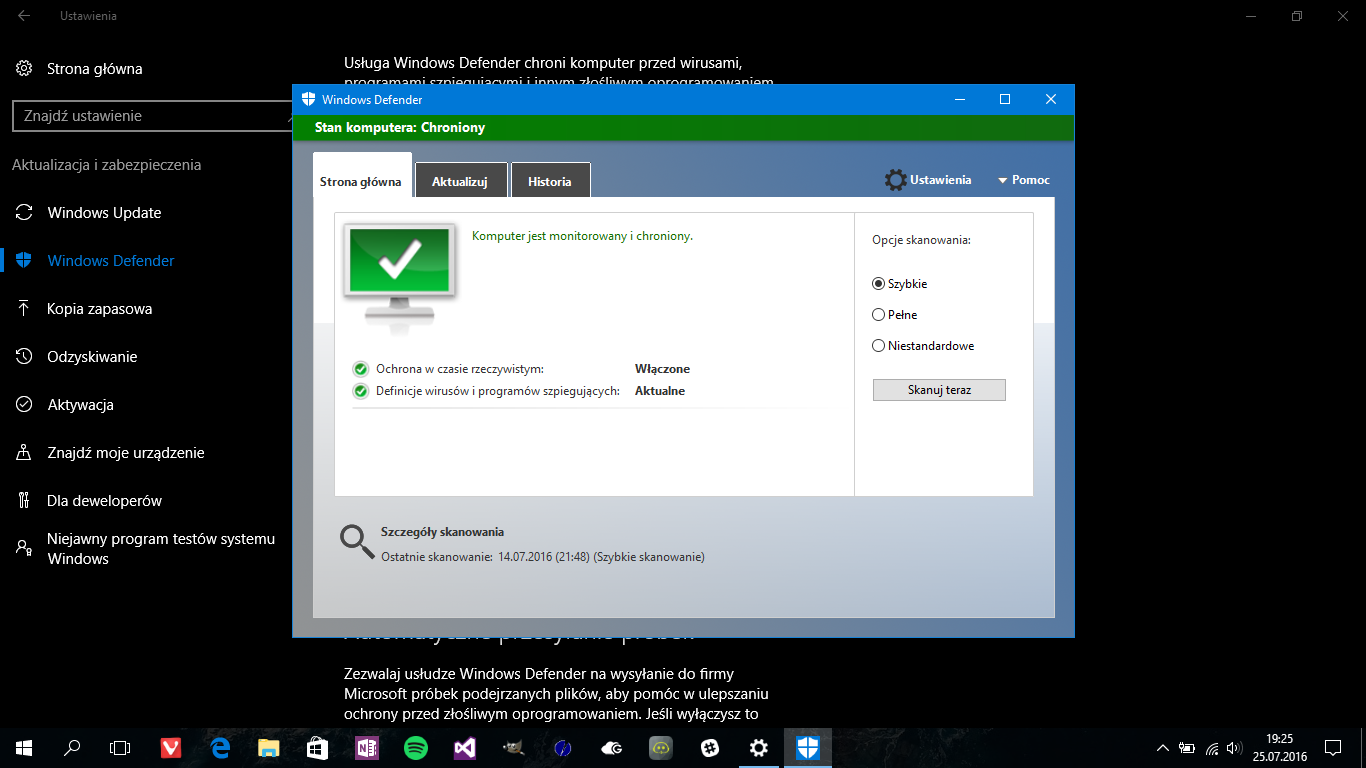 Windows 10 comes with Windows Defender – free build-in antivirus which is really good. I’m personally using only it on my laptop and desktop and it’s working very nice! Also Edge browser thanks for sandbox is also secured. Not much to say here.

Also it’s the best gaming Windows in history! It’s supporting DirectX12, Xbox One screen casting, there are few Xbox One games on Windows 10 already (I love Forza Motorsport 6!) and much more!

Nothing is perfect on this world – that’s sure! Windows 10 isn’t too. Here are 5 cons for him. 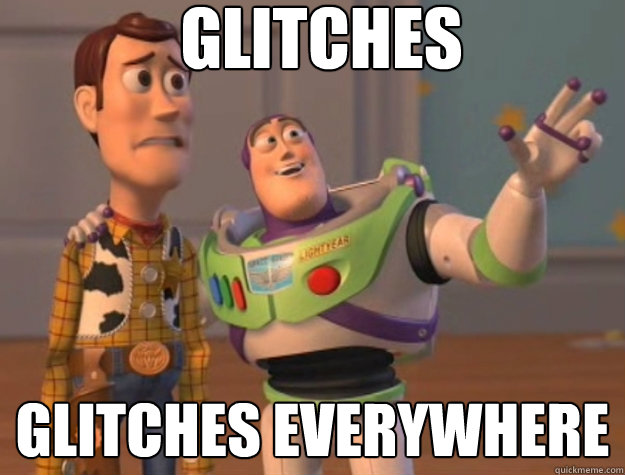 There wasn’t Windows without bugs and glitches. Windows 10 is not exception. It’s got small and big bugs. For instance, I’ve had problem with opening Start Menu on Threshold 1 sometimes.

Today it’s much better than year ago, but you know – it’s young, it’s new and there still may be problems. 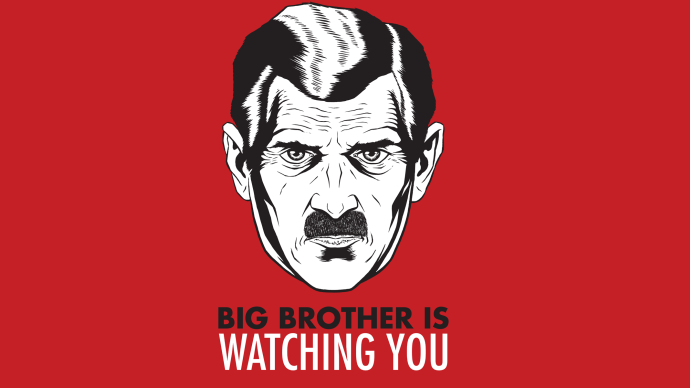 Microsoft has added lots of tracking and telemetry to new Windows 10. You can disable most of them, but there are some still there. They’re anonymous and Microsoft thanks to them can improve his product, but still – everyone likes privacy. 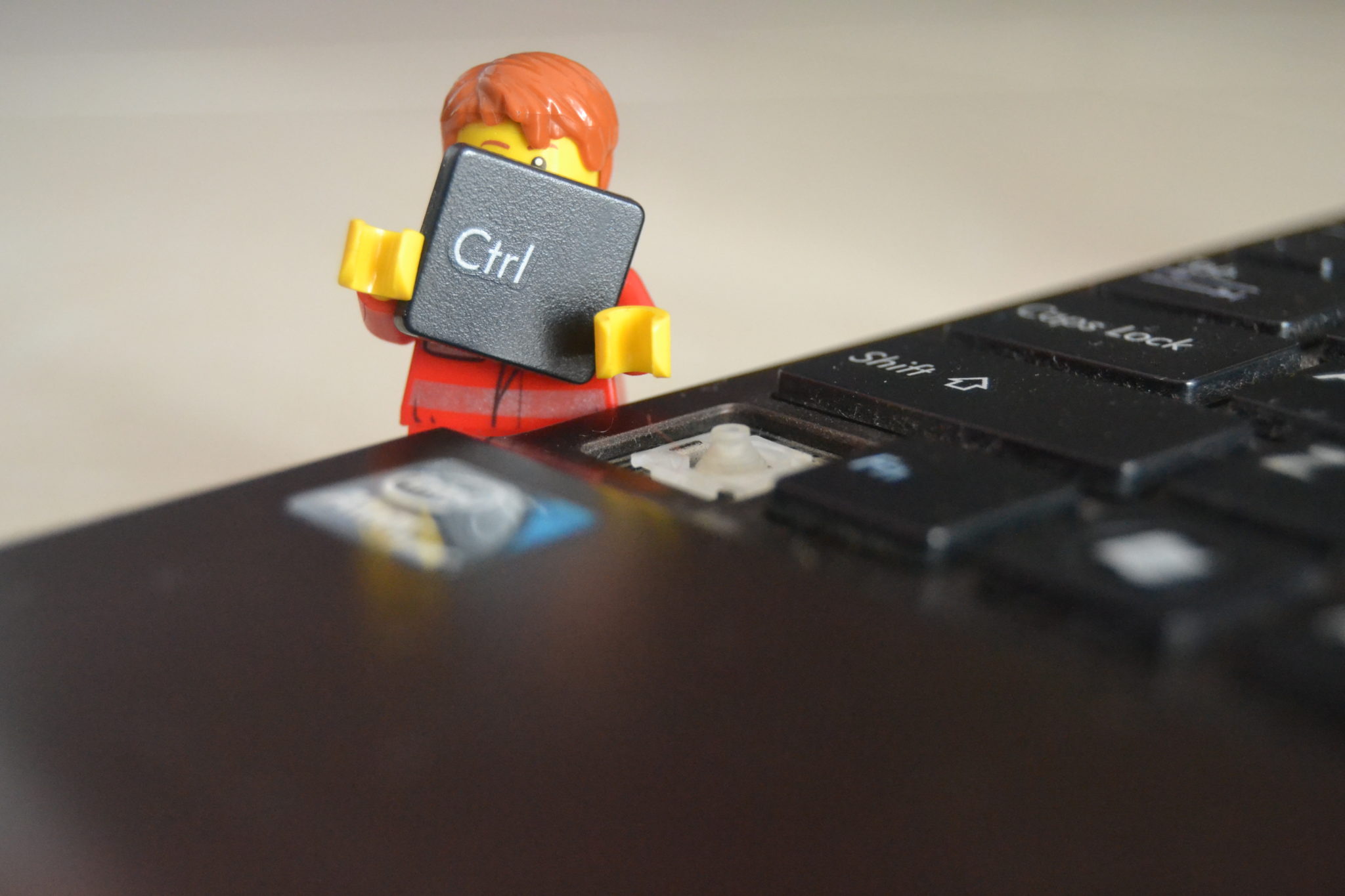 Some say you’re installing Windows 10 two times, because at the first time – it’ll work bad. Really bad. I’ve also had the same problem. I was upgrading my Dell Latitude E6320 with clean Windows 7 Home Premium with Media Creation Tool. Windows was working great for 2-3 months. After that it started to get slower, and slower. In the critical point login to Microsoft window wasn’t appearing and I’ve couldn’t log in to my mail! Now after reinstall everything is fine. 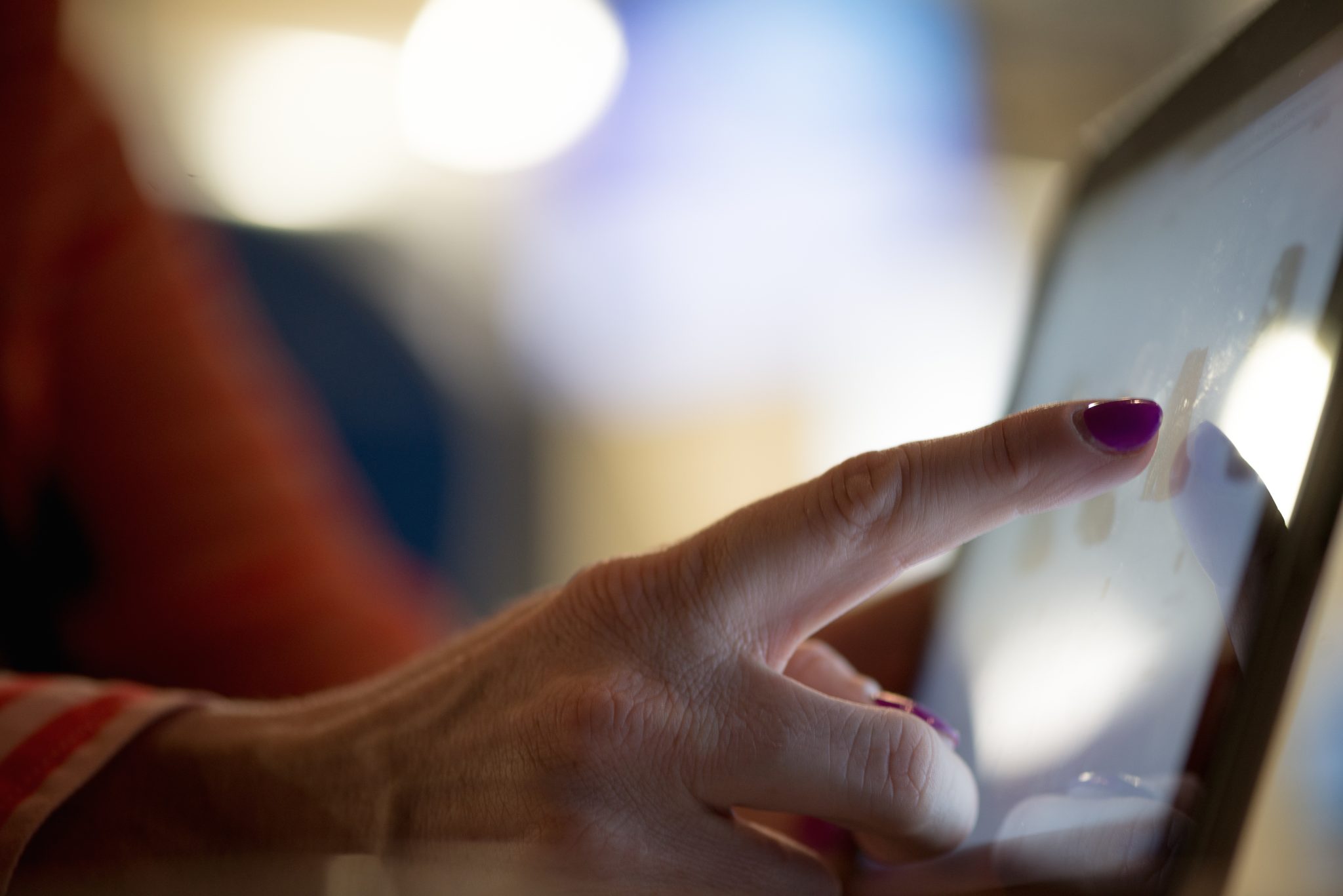 I’m not using tablet, but I’ve heard from my friend that Windows 10 has worse tablet experience than Windows 8.1.

It’s because Windows 8.1 was really touch-focused. It was perfect for your finger, but not mouse & keyboard. Windows 10 is trying to be as much universal as possible, but hey! It’s not that bad at all. Now you don’t have to switch to desktop if you want to do something desktop-like! Windows 10 is better and worse at the same time for tablet users, but with Redstone is really getting much better! Especially with Windows Ink!

The first time when you open Start Menu, you see… Ads. Lots of them. There is Twitter, Candy Crush, Adobe Photoshop Express, Minecraft, Solitaire, Flipboard, Office… You have to delete them one by one, because Microsoft isn’t allowing you to select more than one at the same time (just like in Windows 8)… Also on the left-hand side of tiles, there are one more add! They’re calling it “suggested apps”, but it did not fit me any time it appeared. Even on Lock Screen there are ads! Thankfully you can disable all of them in settings. Phew…

Is it worth it?

You have to check it out yourself. Personally – yeah! It is worth it. I love Windows 10. I love every single app on my laptop and phone. Microsoft made really good job!