Updated: Microsoft yesterday released an update to its Store App. Now we can confirm you the new changes for the Store App. 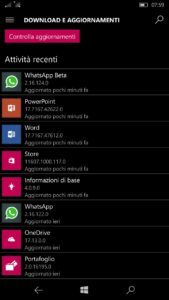 After having released the new build last night Microsoft has been busy updating its Core apps for Windows 10 and Windows 10 Mobile. The company has now released a new update to its Store App for Insiders in the Fast Ring.

Currently there has been no changelog which has been provided by the company and no noticeable changes are seen, hence we presume this update could well be another update to fix some bugs and improve the performance of the App.

The Update is currently live and you can grab the same by clicking on the link below. Do let us know if you spot anything new after the update in the comments below.