Microsoft is fast gearing up for the Public Release of Anniversary Update on 2nd August, the new major update for PC, tablet, smartphones, Xbox.

We have been recently seeing the release of new app updates to all of the system applications. Now there is an internal release leaked of renewed Store which will be coming with lot of new features and several bug fixes.

The following are the new features coming for users:

Below are some screenshots of the new Store. 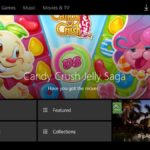 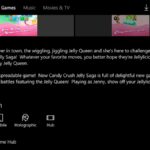 The new Store update will be released to the Insiders in the Fast Ring as soon as this week or early next week.