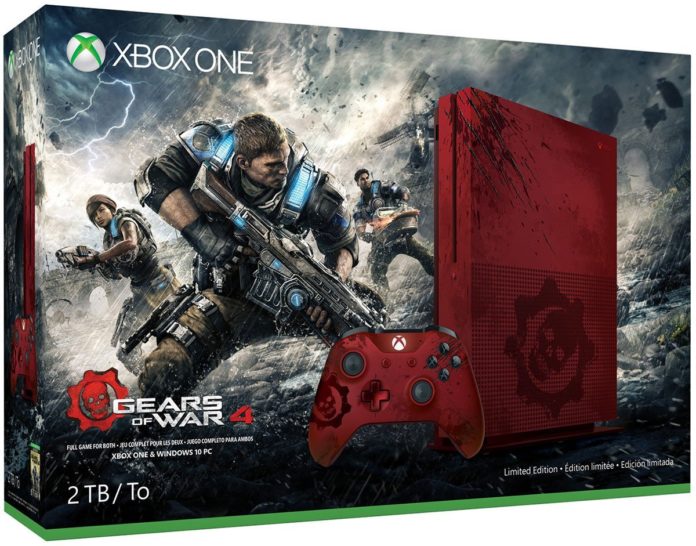 After various reports, Microsoft has now confirmed the Limited Edition 2 TB Xbox One S- Gears Of Wars 4 Bundle. As is obvious, it features a 2 TB Hard Drive and a digital download code for Gears of War 4, which will be available to download for buyers of this bundle on October 7, a few days earlier than it’s official release. Also on offer is a custom designed Gears 4 themed Console and controller.

In addition to early access to the game, the buyers will also get Gears 4 weapon and character skins, a multiplayer lobby emblem and six “Gear” packs containing in-game items.

A multiplayer lobby emblem and three “Gear” packs would be offered should you choose to buy only the custom controller.

Xbox One S Gears of War 4 Limited Edition 2TB Bundle will include the following:

The bundle is now available to pre-order on Amazon for $499.99 and comes with Pre-Order Price Guarantee. 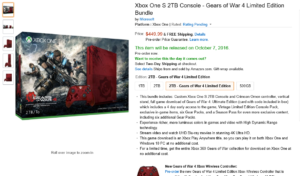