As expected, Microsoft has now started rolling out Windows 10 Build 10586.494 as a new Cumulative Update for Both Windows 10 PCs and Mobile as part of this month’s Patch Tuesday. The Update is available both to Insiders in the Release Preview ring and to Non-Insiders, i.e. the general public. 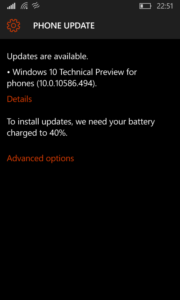 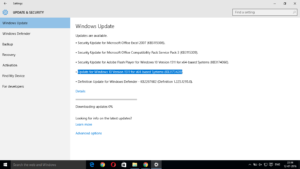 Like always, this new Cumulative Update doesn’t bring any new features but includes the usual bug fixes, performance and Reliability improvements which are always welcome.

Here is the full changelog from Microsoft:

This update includes quality improvements and security fixes. No new operating system features are being introduced in this update. Key changes include:

Get the updates by Opening Settings> Update & Security> Check For Updates