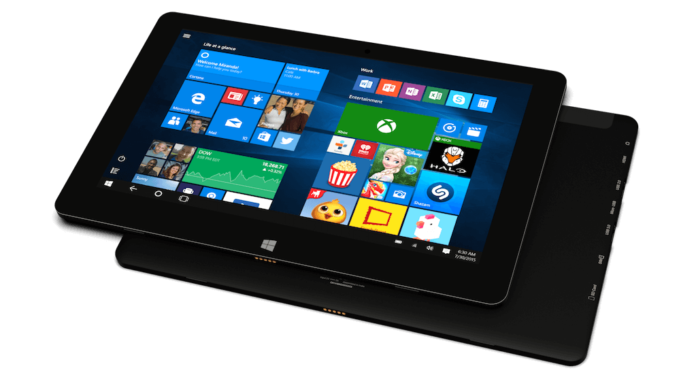 Improvements and fixes for PC
You should no longer see a notification pop-up once a day saying that your Windows evaluation copy expires on 7/15/2016. I know this has caused a lot of you some angst so thank you for being patient.
We have improved battery life for Surface devices.
We fixed an issue resulting in Spotify sometimes crashing while playing music.
We fixed an issue resulting in the Google Chrome window being clipped on the top when maximized.
We fixed an issue with Mobile Hotspot that could result the host device bug-checking (bluescreen) and rebooting if it was sharing on a 5GHz band and the connected device browsed to certain websites.
We fixed an issue where the pin prompt shown when connecting to certain VPNs would display behind the other open windows.
We fixed an issue resulting in LastPass and AdBlock extensions for Microsoft Edge not showing the expected context menu items or status information in subsequently opened Edge windows. We also fixed an issue where the current tab in Edge might hang after exiting Web Notes.
Projecting to a PC auto-discoverability is off by default. To have your PC beacon so it can be discovered and you can project to it through the Connect quick action from a Continuum enabled phone or another PC, go to Settings > System > Projecting to this PC and set “Windows PCs and phones can project to this PC when you say it’s OK” to “Available everywhere” or “Available everywhere on secure networks”. You can also set other settings on this page to your preference.
Improvements and fixes for Mobile
You can open PDFs in Microsoft Edge and use touch to interact with the PDF (such as scrolling, pan or zoom) again without it constantly reloading the PDF.
We have improved battery life for older devices, such as the Lumia 830, 930, and 1520.
We fixed an issue where setting the SIM name on a dual SIM phone would sometimes fail.
Known issues for PC
A recent fix went into place for the Hyper-V firmware that will that affect the ability to boot Windows Server 2016 Tech Preview 5 VMs with Secure Boot enabled. A fix for TP5 builds has been developed however, due to release schedules, the Insider Preview build changes will be released before the TP5 fix is released. During that time, if you try to boot a new TP5 VM with Secure Boot enabled, it will fail. The workaround is to disable Secure Boot during this period.
After you install this build on a PC using a non-EN-US language, you may get error code 0x80004005 when enabling Developer Mode on the “For Developers” Settings Page. Even after seeing this error message, your machine is in developer mode and you should still be able to use Visual Studio to develop Universal Windows Applications. In most cases, this error indicates that extra components required by the operating system to enable additional debugging features in Visual Studio or the Windows Device Portal could not be installed automatically. To fix this:
#1. Go to Settings > System.
#2. Click on “Apps & features”
#3. Choose “Manage Optional features”
#4. Press the button “Add a feature”
#5. Select the package for Windows Developer Mode
#6. Click “Install”
#7. Reboot your PC
#8. Launch Command Prompt as Administrator
#9. Run: sc config debugregsvc start=auto
Finally, return to the “For Developers” Settings page. You will still see the error code, 0x80004005 but you should now be able to enable Windows Device Portal and the Device Discovery features.
Known issues for Mobile
Voice Recorder does not show up consistently as an option for Call Recording. We heard your feedback and are working actively on this.
The keyboard doesn’t show up consistently for InPrivate mode on Microsoft Edge. We’re working on this. A workaround is to click on the Microsoft privacy statement hyperlink on that page and then the keyboard works in the search/address bar. We’re working on fixing this.
REMINDER: We have changed the backup format for Windows 10 Mobile devices to reduce the size of the backup stored in OneDrive. As a result, if you do a backup on a device running the latest Windows 10 Mobile Insider Preview builds and move back to the released version of Windows 10 Mobile (Build 10586) and restore from your backup – your Start screen layout won’t restore and remain the default Start layout. Your previous backup also gets overwritten. If you need to go back to Build 10586 temporarily, once you are on Build 10586 you should disable backup so it doesn’t overwrite the good backup from Windows 10 Mobile Insider Preview builds.