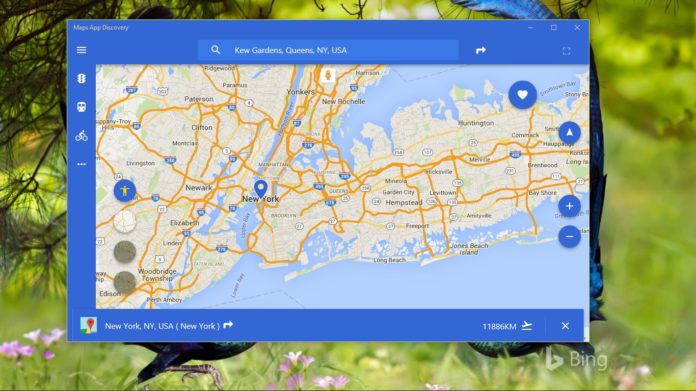 With the departure of Here Maps from the Windows 10 Store, Microsoft’s own Windows Maps app has been the default choice for most Windows 10 users. However, it still uses Here’s mapping data which might not be accurate for some. With Google not supporting the Universal App Platform, it has been tough to use even Google Maps which is the most used Maps service around the world.

Come “Maps App Discovery”, a new Google Maps client published in the Windows 10 Store by the developer Rajat Singh. It has been developed by using Google’s API’s and uses the Google’s signature ‘Material Design’ language, which may not be to everyone’s liking. But despite that the app seems to be decently featured and is actually getting decent reviews on the Store.

If you don’t like or simply don’t prefer Windows Maps, this app is actually a decent alternative. It is available for download on Windows 10, Windows 10 Mobile and even the Windows 10 running Surface Hub.

Give it a go and share your experience in the comments section below.