After releasing the Official Messenger App for Windows 10 and Windows 10 Mobile,  Facebook is working on introducing Video and Voice Calls for All Windows 10 PC and Tablets.

Please find the screenshots below for Preview of Facebook Messenger Calls for Windows 10. 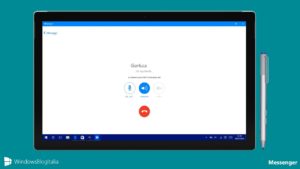 SO what do you think of the Messenger on PC with Voice and Video Call option let us know in the comments below.