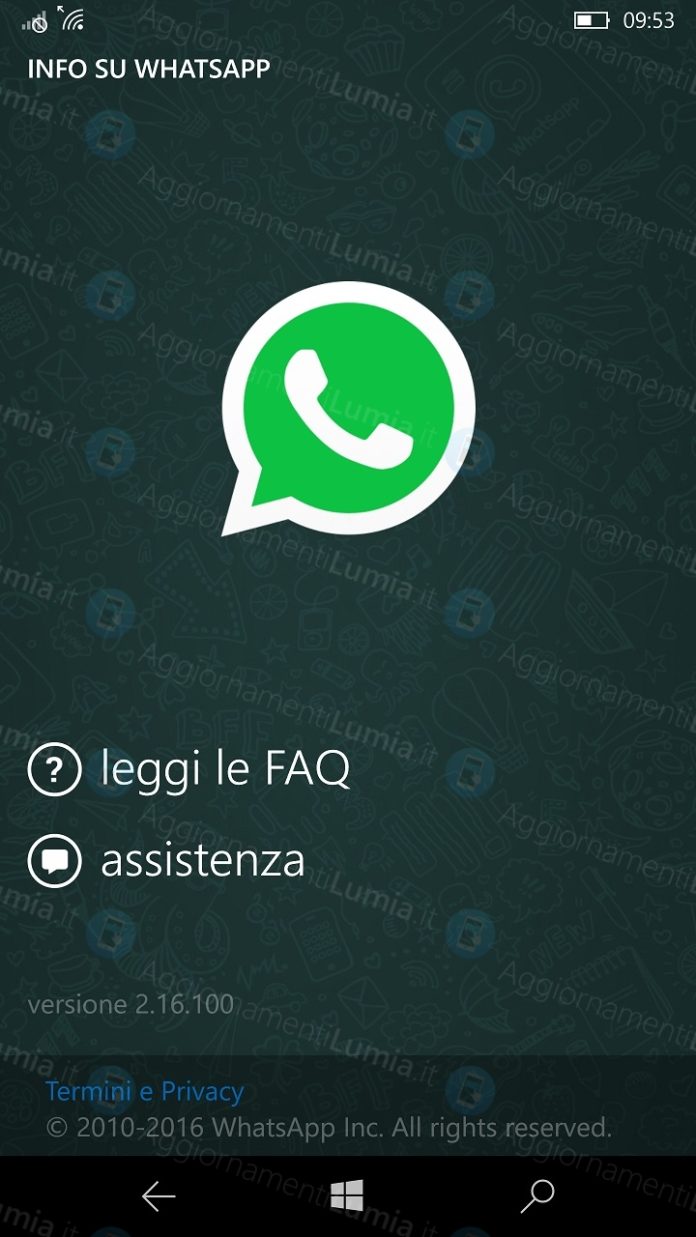 WhatsApp team has been hard at work for the Windows Phone App.There has been a new Update pushed out to the Beta App for Windows Phone and Windows 10 Mobile.

The new version has been bumped to 2.16.100. There are no noticeable changes to be mentioned or have been added.Hence we presume that this could only be some bug fixes and improvements to the beta app following the new features which the team has been adding lately.

So hopefully early next week the below features which were tested on the beta app could be released to the public version if there are no issues or bugs found.

Note: This is a closed beta app and cant be downloaded, so please dont ask for any link for downloading the app.Wait for the new features to reach the public version hopefully early next week.