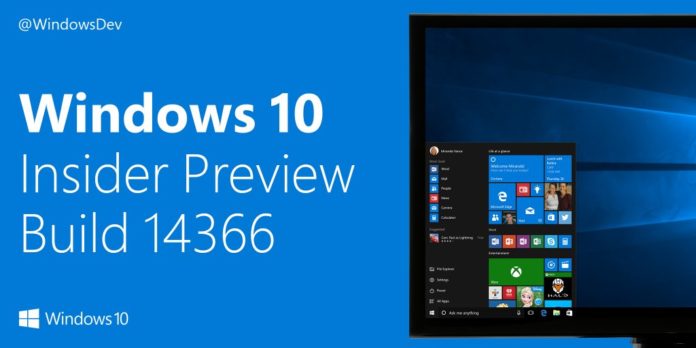 Microsoft released PC Build 14366 for PCs on the Fast Ring. Just three days since the release on fast Ring and Microsoft is releasing this build to PCs on the Slow Ring as well, hinting at the fact that we are close to the release of Anniversary Update. This build has proved out to be stable and one without any show stopping bugs.

Windows 10 Build 14366 introduces a lot of new improvements, which you can read over here.

If you are an Insider on the Slow Ring, go ahead and download this build and let us know what you feel in the comments below.