Microsoft’s new flagship phones have failed to meet the expectation of fans in terms of the design but there was always the promise from Finland based design house Mozo to deliver a premium replacement back cover.

The Mozo covers were first unveiled at the launch event of Lumia 950/950 XL and my order just arrived this week. Here is my full review of the Brown leather back cover for the Lumia 950 XL. 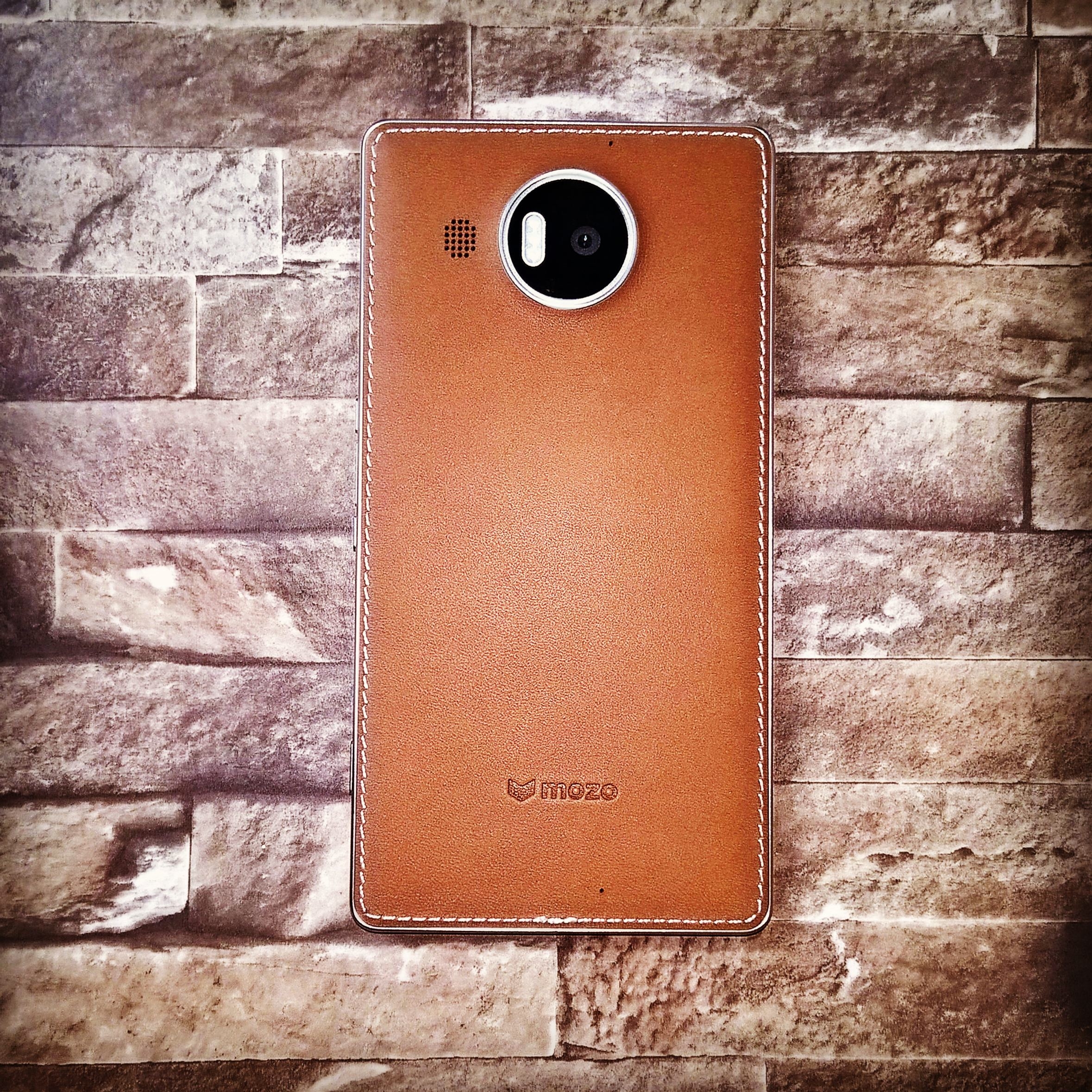 The brown back cover features a brown texture leather with unique white stitching to give it the premium look which Microsoft failed to deliver. It adds a grip to the phone without having to worry about the device slipping gently from the hands of the user. What’s odd is the visible double stitching at the bottom of the cover which seems to be intentional as I have found this on covers shipped to other users as well.

The cover also features a metal like side panel which Mozo claims to be non-conductive vacuum metal coated PC Plastic. It has a silver metallic look which could be easily mistaken for real metal (probably designed intentionally to avoid additions to the overall weight). The Mozo cover like the official cover from Microsoft does not covers the full side body leaving the black gloss of the phone exposed.

All said about the design, The Mozo covers delivers the extra bit of premium feeling that unarguably should have been considered by Microsoft while designing a Windows flagship. The Mozo cover sure will not fail to fetch you compliments in terms of its look and design. So much that people even appreciate the fact that the Mozo cover unlike other covers does not add to the bulkiness of the device and rather fits perfectly on the device.

The Mozo brown leather cover like the official cover from Microsoft fits tightly by simply pressing on all the sides and edges. No creaking sound makes the Mozo cover a good option over the official cover which I have noticed to have a less than perfect fit on the device. The buttons fit exactly where they are supposed to and are super responsive to press.

Things to consider before buying

If you have purchased a Lumia 950 XL knowing the fact that Windows devices aren’t performing great in the Indian market, then you already are an ardent fan of Microsoft mobile Eco system. To add the extra premium feeling to a beast of a device, shelling out approximately 3700 Rupee shouldn’t bother you. The fact that the cover integrates rather than adding a bulk to the device makes it a great option for Lumia 950 XL owners.

I advise anyone looking to add the extra bit of premium feel to their Lumia 950 XL must surely give a shot at Mozo covers.