Microsoft is all set to release its next major update to Windows 10 called Anniversary Update aka Redstone 1 on July 29th. Now Microsoft has detailed the Hardware requirements for its Anniversary update. The Anniversary update take the Windows Version to 1607 from 1511. Let us discuss in detail. 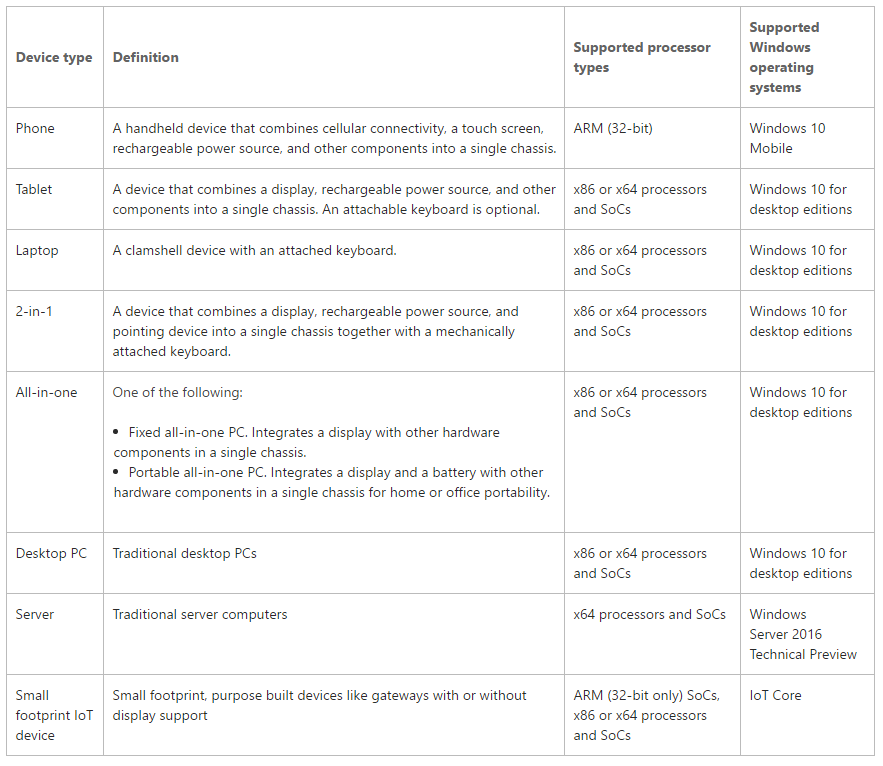 The minimum hardware requirements for these devices:

Official Variants from this SoC with higher Clock Speed are also supported.

SoC with Windows Phone that can be updated to Windows 10 Mobile.

RAM requirements – Already Microsoft has confirmed that the minimum amount of RAM for a mobile to get updated to Windows 10 Mobile is 1 GB. See the table for different display and RAM requirements.

So these are the minimum requirements for Windows 10 Mobile Version 1607. Fortunately all Windows Phones running on Version 1511 is eligible to get updated to Version 1607. Probably along side with PC Microsoft will release this update on July 29th as of now.

Devices that run Windows 10 for desktop editions require a 1 GHz or faster processor or SoC that meets the following requirements:

Devices that run Windows 10 for desktop editions must meet the RAM requirements.

For both 32 bit and 62 bit OS architecture minimum Memory should be equal to or higher than 2GB.

So these are the common minimum requirements for Windows 10 Anniversary Update which comes out on July 29th. Are guys keen on this update. Let us know in the comments.