Microsoft had announced a new feature in the anniversary update of Windows 10: Called “NOTIFICATION MIRRORING” for Android and Windows 10 Mobile smartphones at Build 2016.

Today Microsoft has updated their Cortana for Android app and has enabled NOTIFICATION MIRRORING. So now you can enable all of your notifications of your Android smartphone to show up on your Windows 10 PC insider preview builds which will be later available on Anniversary update for Windows 10. You can now try out the feature on Insider build of Windows 10 that is build 14342. 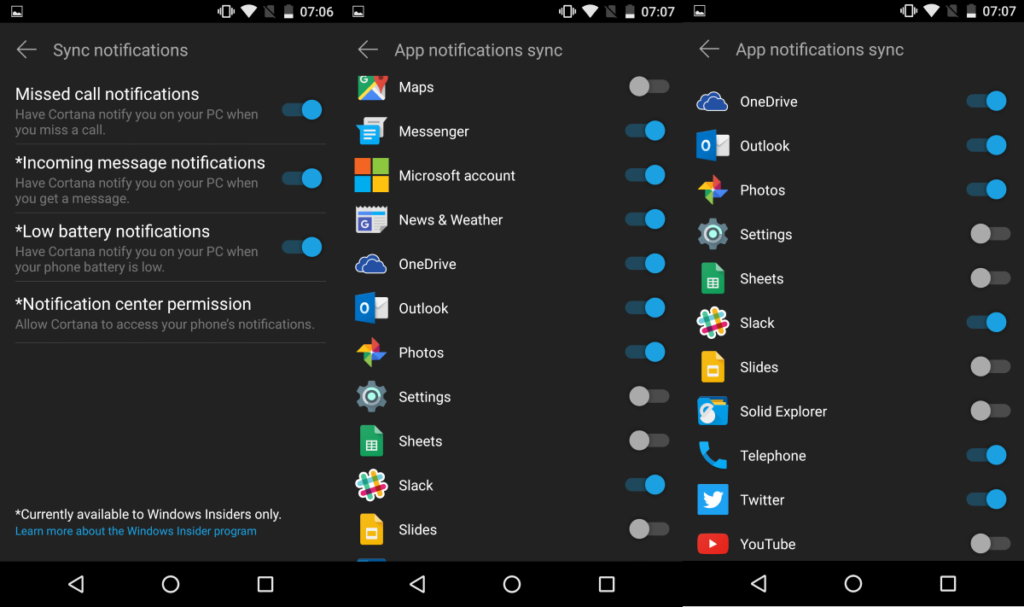 After you install Cortana on your Android phone, you just need to head over to the settings and enable the feature as shown above. You can enable this notification syncing feature for specific apps also.