The number of promoted apps on Windows 10 Anniversary Update will increase from 5 to 10 as it will benefit OEMs with reduced complexity and deployment time to RTM image. Neowin has discovered a slide presentation from Microsoft’s WinHEC event which indicated that users will see 10 promoted apps on start screen once they update their OS to Anniversary Update  on July 29, 2016. 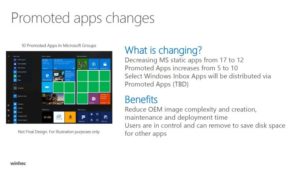 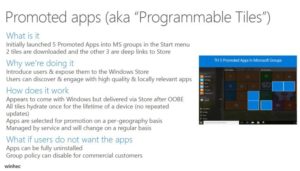 Do let us know what do you think of these promoted apps in Anniversary Update?