But that is about to change as a PowerPoint presentation from WinHEC 2016 reveals that Microsoft will be baking in fingerprint authentication support to Windows 10 Mobile later this Summer. 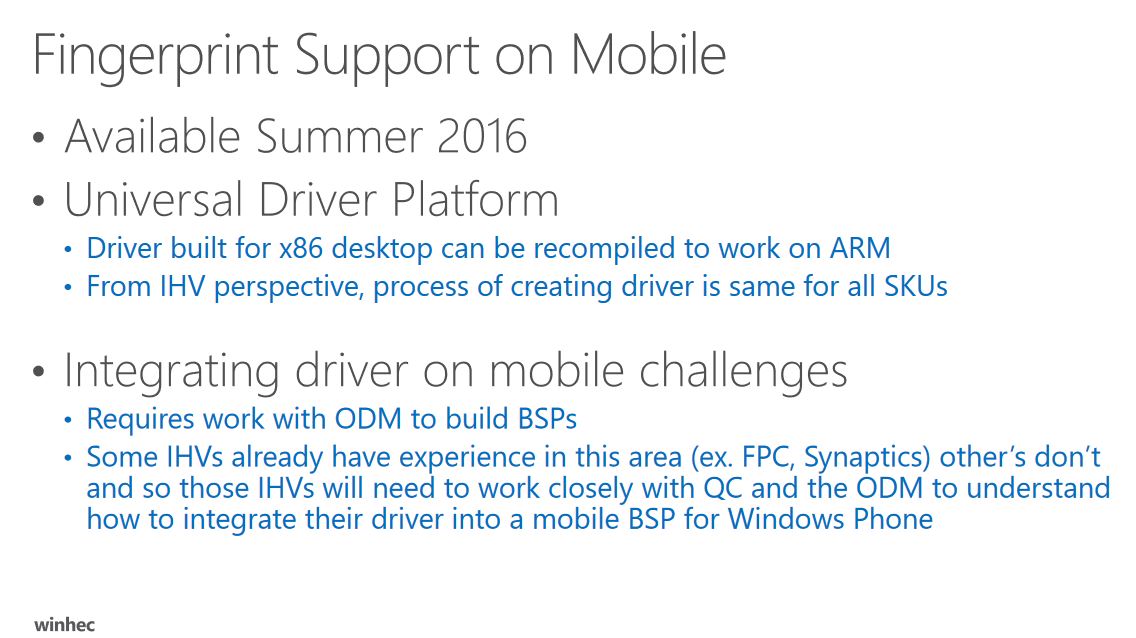