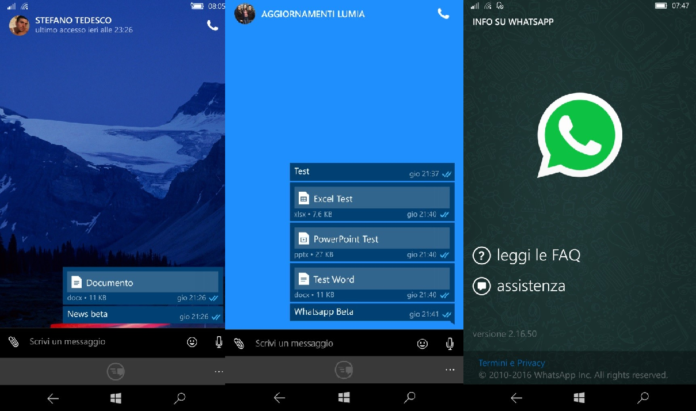 WhatsApp has pushed a new update to their beta app for Windows Phone. The latest update for WhatsApp Beta brings visual improvements for Windows Phone Devices. Along with visual changes in the chat screen, the update adds some bugs fixes.

As per the new report, WhatsApp beta now comes with improved UI in the chat screen like call button has moved to the top, (less accidential calls). There are also some UI changes and tweaks, you can check them in the screenshots below.