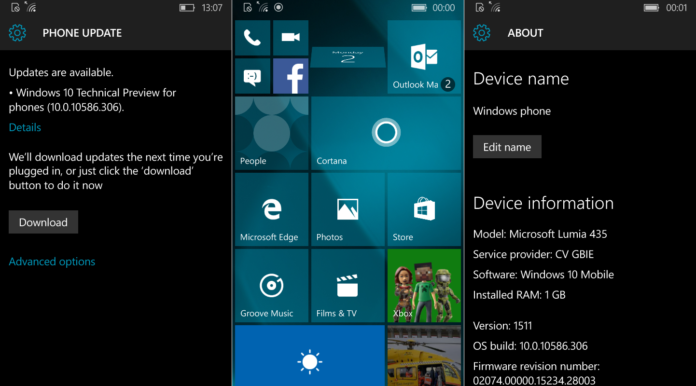 Windows 10 Mobile Build 10586.306 is now being tested by Microsoft internally for a few days now. Microsoft could release mobile build 10586.306 to Windows Insiders anytime soon, probably within some hours or a few more days.